On Prisons, Privacy and Fracking, Hillary Clinton Has Been out of Touch with Young Voters 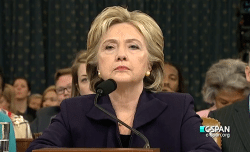 Iowa is too close to call and young voters could very well determine the Democratic Iowa caucus winner and thus, the nominee and future leader of the free world. On the biggest issues of the day, Hillary Clinton has been out of touch with young voters, while Bernie Sanders has been consistently on the right side of history.

Eight years ago, young Iowa voters helped shock the political establishment and create the momentum to elect an African-American with the middle name Hussein. Hopefully, young Iowans choose hope once again, and help create the momentum needed to elect a 74 year-old Jewish democratic socialist without ties to organized religion. Bernie Sanders and his amazing campaign have pushed Hillary Clinton to adopt more progressive positions on a whole host of issues – but she still doesn’t have the track record of Senator Sanders.

“There is no question that the War on Drugs has failed,” Senator Bernie Sanders.

Let’s start with prisons, and the need to end our era of mass incarceration. While Clinton now claims to want to undo many of the harmful sentencing policies signed into law by her husband, she is not only flip-flopping, but she doesn’t go as far as young voters, and a vast majority of Democrats, want. A strong majority of Democrats support ending cannabis prohibition, and the younger the voter, the greater the support. Unfortunately, the frontrunner doesn’t support legalization and will only move forward with incremental reform, at best.

Bernie Sanders was first to oppose the obscene policy of allowing private prisons profit off of the incarceration of nonviolent offenders, disproportionately the poor and people of color. Senator Sanders has also been correct to criticize Clinton for not supporting marijuana legalization. Sanders has filed a bill to end cannabis prohibition and could make good on his promise using presidential executive authority. While it is great that Clinton followed in Sanders’ footsteps and stated that she would stop taking donations from the private prison lobby, it is clear that she doesn’t have the strong track record of Bernie Sanders.

Big Brother needs to be curtailed

Many Americans are growing more concerned about the lack of privacy protections and the expansion of government surveillance power. Younger voters, perhaps because they are used to living so much of their lives online, are the most alarmed about the pervasive nature of Big Brother. This does not seem to concern Hillary Clinton, who voted for the Patriot Act while Bernie Sanders opposed it.

Additionally, civil liberties are attacked more in times of war and Clinton voted for the Iraq War while Sanders opposed the most disastrous foreign policy folly of our time. Former Secretary Clinton is much more hawkish than Sanders and President Obama, even calling for a no-fly zone in Syria. The former First Lady is much more likely to entangle America in more Middle Eastern quagmires that can further inflame the region and lead to a loss of liberties at home.

Hillary Clinton is not progressive on fracking

Young voters are much more concerned about our environment, one of the reasons legalizing hemp is so important to millennials and many drug law reformers. On the environment, Senator Sanders is also the clear progressive on the Democratic side. Sanders has called climate change the most important threat of our time and has called for a ban on fracking. Hillary Clinton, on the other hand, just left Iowa to attend a fundraiser by an investment firm with deep investments in the fracking industry, and has not called for an end to fracking.

In fact, as Secretary of State, Clinton helped promote fracking around the globe. Young voters obviously have to live on this planet longer than older voters, so it make sense that they care about the environment the most and a strong majority opposes fracking. On the environment, Senator Sanders is the clear choice.

This election is being billed as a battle between hearts and minds – if Democratic voters choose their hearts, then Sanders wins, while Clinton wins if pragmatists prevail. However, those who use both their hearts and their minds can clearly see that the candidate most in-line with young voters is Bernie Sanders, and not Hillary Clinton. And if you want to be a true realist, choose the candidate that has been shown to poll well against Republican frontrunner Donald Trump and doesn’t have an FBI investigation that continues to linger.