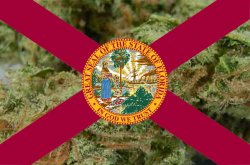 If you are a medical marijuana patient in Florida, you are familiar with the long and complicated history of cannabis legalization. The law is vague and restrictive causing backups, delays and inconvenient challenges.

In 2016, Florida voters flooded the polls to allow legal medicinal use of marijuana. With one step in the right direction, the government shot back with regulations like making the act of smoking cannabis illegal and only offering medicinal marijuana relief to patients with “debilitating conditions.” Thankfully, due to John Morgan’s successful advocacy, smoking herb is now legal. This marks one more victory for one of the largest potential markets in America, though patients are far from liberation of government restriction.

Recently, the topic of debate raised by 77-year-old patient Joe Redner diagnosed with stage 4 lung cancer advocates for the right to grow his own marijuana. According to his doctor’s recommendation, Redner needs immediate access to a generous amount of his herbal prescription which would be more convenient if accessed from his backyard. Redner, a strip club owner, can afford his own weed but he knows many patients that are unable to fork over the unbelievably high prices of $9.27 per gram.

The Verdict
On the 11th of April,, judge Gievers ruled in Redner’s favor. And for a few weeks, Redner had the right to grow his own weed until the Health Department fired back with an appeal, putting Redner’s recent right on hold. The appeal was held up in court and Redner now seeks to take his case to the Supreme Court. So, what’s the hold up?

It’s no secret that the Florida government is resisting the integration of medicinal marijuana into the culture of the sunny state. With each progressive small step toward legalization, the government has created hurdles almost impossible to tackle. Even with growing knowledge of its medical benefits from the science community and the ever-growing popularity around the nation, Florida seems to have an agenda with cannabis consumption and even how you consume it. The good smoking people of Florida and its advocates like Morgan and Redner are making strides in their fight to legalization but it hasn’t been easy.

The ambiguity of the law surrounding medical marijuana makes it easy for the government to slow progression down. The reason Redner was stripped of his right to grow is because Florida law does not allow the legal sale of seeds or plants. Redner’s lawyer, Luke Lirot, argued that Redner was immune to criminal penalty because the law states that legal cannabis is defined as “all parts of any plant of the genus of cannabis” which includes seeds and resin or any compound or preparation of the plant. Judge Gievers saw it Lirot’s way, however, the law has one more loophole: access. How is someone legally allowed to grow without legal access to seeds?

Challenges Persist
The Florida government now has patients in a predicament agreeing with yes, you can legally grow marijuana, but no, you cannot legally buy seeds or plants. With Redner’s life depending on this ruling, he and Lirot await a Supreme Court hearing to plead their case. Amidst the war of growing an herbal plant lawfully, the state of Florida persists to create complications which makes issuing licenses for potential facilities to be put on hold.

A convoluted point system has been appointed in order to award the best applicants a license. Higher points are awarded to old citrus facilities. But it’s never that easy. Even if the best applicants prevail through this process, the proposed rules on providing licenses are vague making it easier for delayed decisions and unknown requirements held by the administration. Without a tightly sealed application process, the committee has more room to question an application or find complaints that will further delay progression.

Optimistic Future
Even if there are no hiccups, Florida won’t see its first accepted applicant until the end of July – but that’s an optimistic prediction. With each step forward, the state of Florida pushes two steps sideways and somewhat derails the project towards natural treatment and relief to its more than 100,000 patients. At least it isn’t going backwards during this fight. And with Morgan’s recent win, Florida medical patients have hope for continuous progress moving forward and await Redner’s case to seek approval from the Supreme Court.