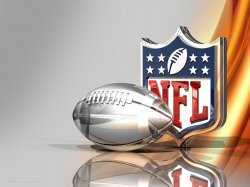 Finally. NFL management has finally agreed to start talking to the NFL Player’s Union about cannabis use. It’s about damn time. As it stands now, players test positive for cannabis if they are found to have more than 15 nanograms of THC in their bloodstream. The NFLPA would like to raise that limit to 35 nanograms.  Presence of THC in the bloodstream doesn’t prove impairment, by the way. THC remains in the system long after the effects of the drug have worn off.

The hypocrisy of the NFL regarding cannabis use (and “patriotism”, but that’s a different thing) has been deep and astounding. There are so many pot smokers in the NFL that ESPN.com has an “All-Weed” team listed on their website. It’s an open secret that players can use cannabis as long as they pass the preseason drug test. The hypocrisy of the NFL handing out percocet and Oxycontin like candy while suspending players for using cannabis is astounding.

There are more than a few studies that show cannabis to be an effective medicine as both a pain reliever and an anti-inflammatory. Not to mention that cannabis is also known for its neuroprotective properties, as in: IT PROTECTS THE BRAIN. Considering all the concussions and CTE in the NFL, a thinking person might wonder if, instead of banning pot, the NFL should make cannabis use mandatory.

Fortunately, many pro football players are starting to speak out about medical marijuana. Former Bears QB Jim McMahon used cannabis to kick his percocet habit. Former Ravens tackle Eugene Monroe just donated $80,000 toward medical marijuana research. Studies show that states have legalized cannabis have seen a 25% drop in opioid overdoses. When it comes to pain relief, cannabis is much safer alternative than most over the counter and prescription medicines. It is time for the NFL to let go of it’s outmoded thinking on a variety of subjects and give Kaepernick a job, I mean allow its players to use cannabis. Or both. Both would be good.

Ngaio Bealum is a writer, comedian, cannabis activist, and a decent juggler. You can catch him on the road and MCing the International Cannabis Business Conference. Follow him on the social medias. @ngaio420