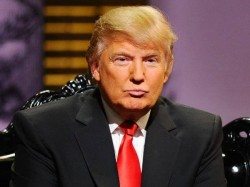 In more ways than one, Donald Trump is an unusual presidential candidate. Many people have tried to write off his unorthodox presidential campaign, but polling numbers seem to indicate that Trump has staying power, as he leads among GOP primary voters nationally and in the early states of Iowa and New Hampshire. Of course, cannabis law reformers want to know: What does Donald Trump think of marijuana legalization? Unlike his Republican rivals, he has no voting record, as he has never held public office. This gives us little insight as to what a Trump presidency would look like. What we are left with are his public statements and the decisions he took as a businessman, and these are quite revealing when it comes to marijuana policy.

First, based on his public statements, it’s clear that Trump doesn’t want to end the War on Drugs. In the 1990s, Donald Trump declared that legalization was the only way to win the Drug War, so he knows — or, at the very least, knew — that prohibition doesn’t work. Trump has since disavowed this position, however, and has publicly stated that he only supports allowing marijuana for medical purposes, suggesting that he is no more willing to scale back prohibition than any of the other GOP candidates.

Donald Trump’s decisions as a businessman also give some hints of his views on the issue. In 2006, press reports alleged that Tara Conner, a recently crowned Miss USA, had indulged in underage drinking and recreational drug use. While many media outlets speculated she would be stripped of her crown for this behavior, Donald Trump organized a press conference to announce that he had changed his mind and would not be removing Conner’s title:

“I’ve always been a believer in second chances. Tara is good person. Tara has tried hard. Tara is going to be given a second chance,” Trump announced at a press conference in New York on Tuesday. He also announced that Conner planned to enter rehab.

While these anecdotes don’t paint a full picture of Donald Trump’s drug policy vision, they do provide some clues as to what his views are on the issue. If he were to become president, it seems unlikely that Trump will fight for significant reforms to American drug laws, but his approach to drugs in general could be more common-sense than the typical Republican drug warrior. He has stated that he supports medical marijuana 100%, but it’s unclear whether he would do anything to improve federal law regarding medical cannabis or if he would just stick with a states’ rights approach. Since Trump is not giving us much to work with as far as his views on marijuana, it is crucial for activists to bring the question to his attention early and often as it looks like his campaign has staying power for now.