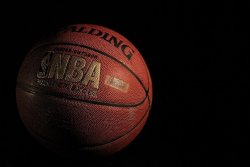 Could the NBA allow players to (openly) use cannabis? It just may happen.  A recent post on reddit suggests that NBA commissioner Adam Silver is at least open to the idea. When asked about medical marijuana use and the NBA, this is what Commissioner Silver had to say:

“I would say it’s something we will look at. I’m very interested in the science when it comes to medical marijuana. My personal view is that it should be regulated in the same way that other medications are if the plan is to use it for pain management. And it’s something that needs to be discussed with our Players Association, but to the extent that science demonstrates that there are effective uses for medical reasons, we’ll be open to it. Hopefully there’s not as much pain involved in our sport as some others, so there’s not as much need for it.”

There may not be as much pain in the NBA as there is in the NFL, but there is certainly wear and tear. Professional basketball players routinely push their bodies to the limits. About twelve years ago, many players decided to curtail their use of prescription anti-inflammatory drugs for fear of kidney and liver damage. Cannabis is a natural anti-inflammatory and has no real side affects, except for perhaps a pleasant buzz.

As it is now, cannabis use can get an NBA player suspended, although that wasn’t always the case.  Old school fans will recall when former Celtics Center  Robert Parish got busted for receiving cannabis in the mail. He didn’t miss a game.

Many former players are now looking to capitalize on the new legalization. Former Portland Trailblazer  Cliff Robinson and  International Cannabis Business Conference panelist and former Detroit PIston John Salley have each started cannabis based businesses.  It is time for the NBA to embrace the future.

Ngaio Bealum is a writer, comedian, cannabis activist, and a decent juggler. You can catch him on the road performing at events like the Dope Show in Tacoma, Washington, and MCing the International Cannabis Business Conference. Follow him on the social medias. @ngaio420