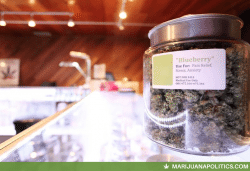 Americans for Safe Access (ASA) is a patient-focused group that works to legalize access to medical cannabis from coast to coast. The group has over 50,000 members that works to advocate for patient access at all levels of government.

At the federal level, ASA is working hard to pass the bipartisan CARERS medical marijuana act. The group also monitors state medical laws and provides grades for each state. As CNBC notes, no state received an “A” grade, but ten states earned either a “B+” or a “B”. California and Colorado at the top of the list shouldn’t surprise anyone, but cannabis pioneering states Oregon and Washington were each given a “B” with newer medical states Illinois and New Mexico earned a “B+”, ahead of the two northwest states that have legalized marijuana for all adults.

Some highlights from the CNBC coverage of ASA’s grades:

1.California — The first state to legalize medical cannabis, California is a leader in the industry. In 2015, it passed a bill that will create a centrally regulated dispensary system. ASA says the state is “the best place in the country for patients to receive legal protections and gain the most timely access” to the drug, but it falls a bit short on implementing employment, housing and child custody protections for patients. Rating: B+

4. Illinois — Illinois is credited “with adopting some of the best product safety regulations in the country.” The regulations allow state officials to test for harmful pesticides, microbes, solvents and poisons from fungus. About the only quibbles the group had with the state were its mandatory fingerprint background checks for new patients and the inability of patients to grow their own plants. Rating: B+

9. Oregon — The state has “one of the strongest medical cannabis programs for patients in the nation,” according to the ASA. Access to medicine is widespread, and the laws are patient-friendly and offer explicit privacy protections. The ASA is urging Oregon officials not to merge the medical program with the one that will oversee the casual-use program. Rating:B

10. Washington — Washington has scaled back its medical marijuana program, recently shutting down dozens of dispensaries in Tacoma and Seattle after legislative changes. But it still earns top marks for patient rights and product safety. How it might rank next year is nebulous, though, since collective gardening rights — where up to 10 patients can band together to grow their own plants — are due to expire in July. This could result in some supply constraints. Rating: B

With California still at the top of the list, it isn’t surprising that many in the California medical cannabis community are resistant to change. It is surprising that a state like Illinois could have a grade higher than Oregon and Washington. Reading through the tea leaves, ASA likely isn’t happy about some restrictions and limitations placed upon the medical programs by the Oregon and Washington Legislatures following passage adult-use laws. As a patient-focused organization, ASA likely isn’t pleased that the interests of the industry can take precedent over the interest of patients at times.