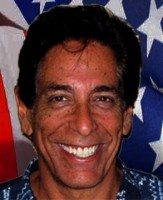 In every election since 2010, I have donned my screen beret to do battle with the keyboard kommandos online who smoke pot and oppose legalization. I don’t know if I coined the phrase or borrowed it, but I call them Stoners Against Legalization. And now, I have damning proof from one of the pioneers of Prop 215, Steve Kubby, that it’s the medical marijuana prohibition profits, not medical marijuana patients, they’re protecting.

These folks claim to support True Legalization™, so they get upset when I call them like I see them. They always cloak their opposition in some doom-and-gloom scenario where legalization imperils medical marijuana patients. They often forecast incredible price hikes resulting from increasing the size of the marijuana market. They inevitably say the legalization in question isn’t really legalization because there will remain criminal penalties for breaking the law.

As for the price hikes, I heard it before with Washington’s I-502, that it would raise the price of weed to $600 per ounce! Meanwhile, I can go to Main Street Marijuana in Vancouver, Washington, and buy a half-ounce of Durban Poison for $65 or a half-ounce of Timewreck for $45, and that’s with the 37 percent state tax plus local taxes.

The Stoners Against Legalization are suffering from the post hoc ergo propter hoc fallacy – because A happened, then B happened, A caused B. Notably absent in any reckoning why their legislatures would so dramatically alter medical marijuana laws is any accounting of the wide-spread abuses of those laws. It’s never medical marijuana’s fault medical marijuana got changed, it’s always the fault of trying to protect the other 80 percent of pot smokers from arrest and jail.

My contention has always been that the Stoners Against Legalization are motivated by keeping the prohibition profits status quo, whether they be growers who wouldn’t accept a real farmer’s salary, dispensaries that like the lack of capitalized competition, doctors who enjoy the ease of signing permission slips for profit, and black market dealers who don’t want to lose their customers to a well-lit store with better selection and prices.

And what a status quo it is! California medical marijuana plus Schwarzenegger’s decrim is the perfect mix of quasi-legalization and prohibition that keeps risk low and profits high. It’s just legal enough you can grow and sell and possess without really fearing The Man, but just illegal enough that you can still charge $100 to $150 per half-ounce for it.

Well, now I have proof that the real fear of the Stoners Against Legalization is primarily financial, thanks to a long series of Facebook bouts with Steve Kubby.

Kubby is the CEO of Kush, Inc., founder of Cannabis Science Inc., and one of the many-claimed authors of Prop 215. He was a college roommate of Cheech Marin’s and may even be the subject of a reality show. When he’s not calling me a “boot licking moderate“, a “narc“, or a “brown noser“, he’s littering his Facebook wall with photos of his luxurious millionaire lifestyle.

But in our latest online go-round, Kubby slipped from the usual talking points of me appeasing oligopolists, damning patients, and all-we-need-is-Prop-215-which-I-helped-write, to this revealing post (emphasis mine):

Russ Belville sure sounds like a NARC. He calls the current free market a “unregulated, Wild West,” sees growers as “greedy,” and advocates “taxing and regulating” as if weed is as dangerous as plutonium. Worst of all, he has no problem if his AUMA bankrupts the very pioneers who have gotten us to where we are today.

There you have it. You and me and all the rest of the adults in California who aren’t sick and won’t lie to doctors should continue to accept possession tickets, accept sharing misdemeanors, and accept growing felonies, because we wouldn’t want to bankrupt the people in the 1990’s who said their medical marijuana mission was all about compassion, not profits.

P.S. This is the part where they complain that we don’t have to “lie to a doctor” because “all use is medical”, and then they run down how if you’re a regular pot smoker, you already have the legitimate need for medical use of marijuana.

Never mind how that “all use is medical” framing made such a joke out of medical marijuana in California that twenty-somethings line up at a doc-in-a-tent at a cannabis event to get recommendations for their “anxiety” before they attend the rap concert. Never mind how scene after scene of those “all use is medical” people royally screwed any attempt to get reasonable whole-plant medical marijuana laws passed in more conservative states eastward.

The funny part to me is how the Stoners Against Legalization want to paint me as the supporter of monopolies and appeaser of governments when they’re fighting to maintain a system that protects the monopoly pot docs have on writing permission slips for marijuana use, backed by the threat of government fines and arrest and imprisonment, keeps the prices of marijuana artificially high, and protects the entrenched dispensaries from well-capitalized professional businesspeople.