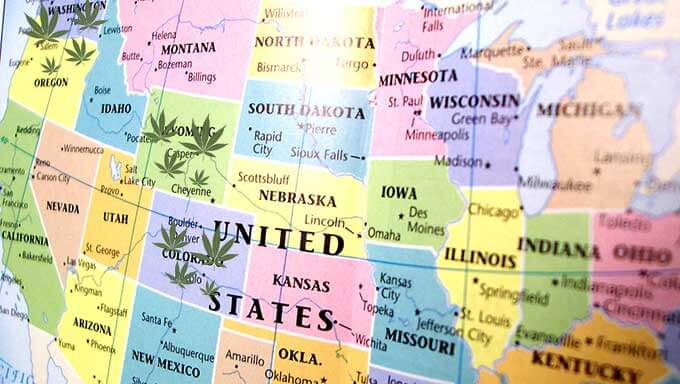 In recent years, four states and the District of Columbia have legalized the sale of retail marijuana by popular vote. 25 more states permit medical marijuana or have decriminalized marijuana possession. Starting as early as 2011, polls consistently showed Americans’ support of legalizing marijuana. A number of states are likely to consider legalization ballot initiatives or legislative measures over the next few years, asserts speeding ticket lawyer Zev Goldstein. Many Marijuana legalization states will benefit hugely from these measures—and other states stand to learn a great deal from these decisions.

In just one year of legalization, marijuana sales generated $70 million in tax revenue, reports Huffington Post. This is well above initial estimates for what Washington would be able to bring in. Other states stand to benefit even more, drawing in billions of dollars of tax revenue simply through marijuana sales. Officials in Washington have noted that the difference between medical and recreational marijuana legislation is considerable; they wish that the issues had been tackled at the same time, creating similar tax rates and regulatory structure as part of the initial move toward recreational legalization. Other states stand to learn a great deal from this approach.

In Colorado, recreational pot sales have brought in $53 million in tax revenue, according to CNN Money. After realizing that the current tax rate, approximately 30 percent, hasn’t been adequate to reduce black market marijuana sales, Colorado is considering a proposal to drop that rate. This method might create a minor reduction in tax revenue, but it will also move more sales from the black market to the legal shops, ensuring higher sales and, over time, imposing better regulations on marijuana across the state.

Marijuana Legalization States – How Much Does Your State Stand to Gain?

According to most estimates, legalizing marijuana sales across the United States could lead to gargantuan increases in tax revenue for marijuana sales. This money could be put to good use in many states. Some, of course, stand to gain more than others. Here’s what a NerdWallet study found:

California, for example, stands to gain more than $500 million. Florida could quickly bring in over $100 million. States with smaller populations, like Rhode Island, might bring in around $20 million. Southern states, with a higher stigma against recreational marijuana use, might also see lower, yet still substantial, tax revenue: West Virginia stands to pull in around $11 million in tax revenue, while Mississippi stands to make an estimated $21 million. While the tax revenue might vary by state, it’s certain that every state stands to benefit substantially from marijuana legalization.

Marijuana legalization has faced a great deal of opposition in several states. Other Marijuana legalization states, however, have wholeheartedly embraced a shift toward legal use of this popular recreational drug. Nationwide legalization of marijuana could stand to bring in as much as $28 billion of additional tax revenue each year, according to Vox. By the numbers alone, this is a staggering proposal that could potentially allow the nation to gain a great deal, creating a budget pool to help fund schools, fix roads, and cover other necessary expenses within the state. In fact, most estimates suggest that current projections concerning tax revenue from marijuana may be relatively low, as it takes time for stores to establish themselves and build up an adequate stock to meet the demand. By taking lessons from Colorado, Washington, and other states that have legalized marijuana use, many other states can expect to see the same types of monetary gains.

Within the next five years, it’s predicted that at least 18 states across the United States will have legalized recreational marijuana becoming Marijuana legalization states. This is a huge increase from the four states that currently have or are in the process of creating legal recreational use of marijuana—and it has the potential to create incredible financial gains for those states. Over the next several years, it’s likely that a number of factors will unfold, showing everyone across the nation who the real winners are when it comes to legalization of a recreational substance already in heavy use across many states. 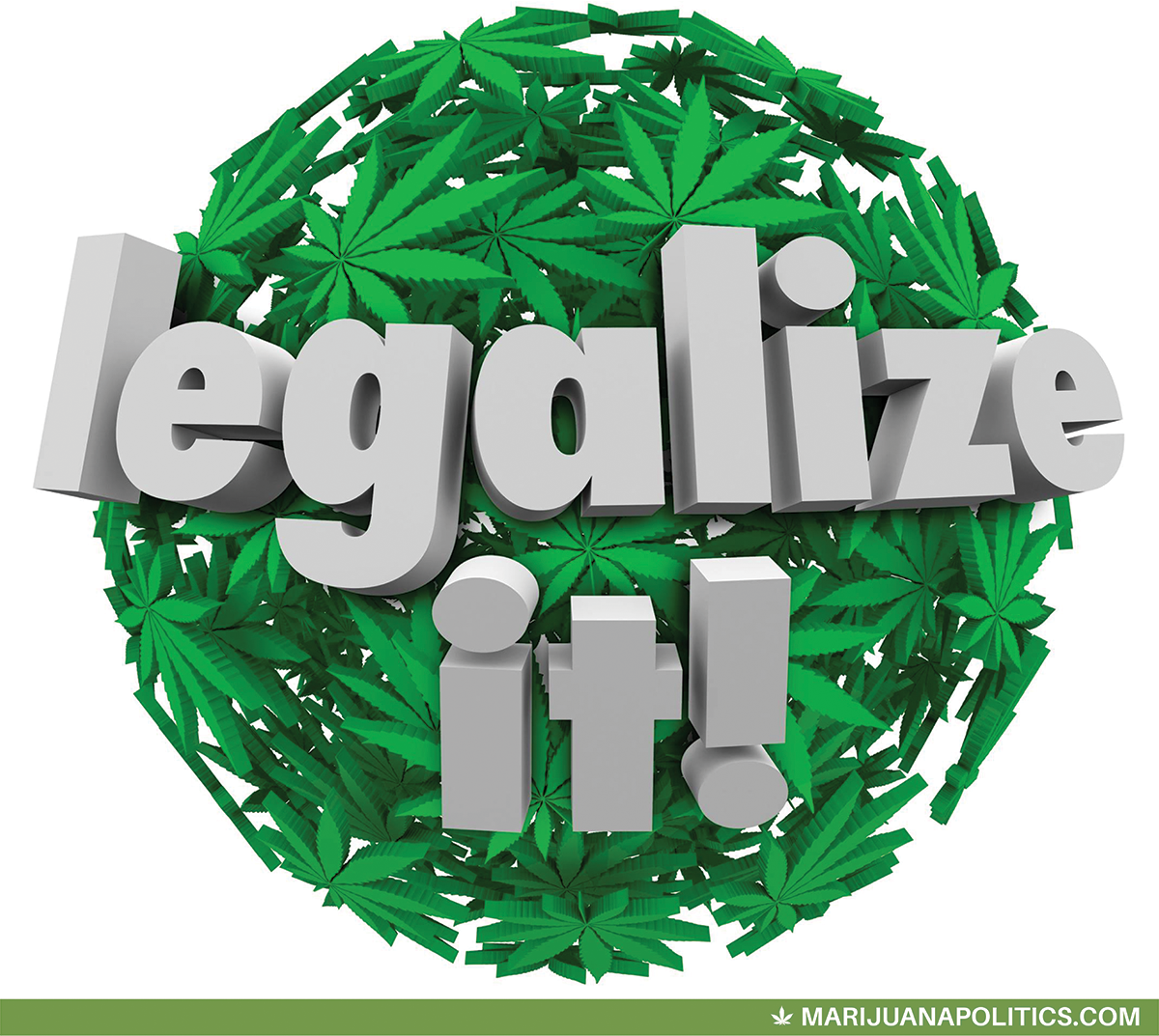 Below is a guest blog submitted by a reader who wanted to join the conversation. If you would like to contribute to Marijuana Politics and join the discussion, click here.

In recent years, marijuana has become legal in Colorado, Washington, Oregon, Alaska, and Washington, D.C. It’s obvious that the majority in these states believe that marijuana should be a legal, if controlled, substance on par with tobacco and alcohol: for adult consumption only, but readily available to people who want to partake. There are persuasive arguments on both sides of the spectrum. Legalizing marijuana has a number of benefits, however, cautions NY attorney Isaac Abraham, it does come with a number of negative consequences, as well.

The insurance industry is one of the most heavily affected by marijuana legalization. The affect on consumer rates, however, varies by industry.

Auto Insurance: A study performed by professors at the University of Colorado and Montana State University suggests that the legalization of marijuana may lead to a decrease in traffic accidents. The professors theorize that in general, this is because young adults who would otherwise be consuming alcohol will choose instead to consume marijuana in states where it is legal. This decrease will tend to lead to a decline in insurance rates for those in the affected bracket as insurance companies acknowledge the decrease in accidents and lower their rates accordingly. This decrease in accidents among individuals in this age range is also one of the most potent arguments in favor of marijuana legalization.

Health Insurance: In many cases, marijuana is used for health reasons: treating glaucoma, controlling epileptic seizures, and preventing the spread of cancer, among others. Unfortunately, it is also known to have some negative health effects if overused. Health insurance companies, therefore, are still grappling with the answer to how their rates will be affected by legal marijuana use.

Life Insurance: Life insurance companies, on the other hand, are coming down against marijuana: many companies are assigning the same penalty to marijuana use that they assign to smoking. Some companies are allowing moderate users, or those who use marijuana less than twice a week, to qualify as non-smokers for the time being.

Currently, marijuana is one of the largest cash crops in the United States. Legalizing marijuana means that all the money associated with that crop is taxable–and that means that money from the sale of marijuana is going to the government, which is in desperate need of that income in many states. According to Forbes, the lost tax revenue could be around $31 billion per year in taxes–a substantial amount for a government that has been struggling under the weight of its increasing debt in recent years. Ultimately, it’s the issue of money that has caused many people to fall on the side of legalization.

For many people in favor of legalization, this is the crucial question: should marijuana use be considered criminal? Proponents of marijuana insist that it is in the same category as alcohol and therefore should be treated the same way. Sure, it should be regulated; but it shouldn’t be illegal just to have it.

These are some of the factors that contribute to each state’s decision to legalize marijuana. For now, it will be determined on a state-by-state basis—often straight down the red state v. blue state divide— with many voters coming down in favor of marijuana for recreational and medical use. It’s an issue that will be appearing on many ballots in the next few years.