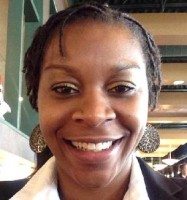 Officials in Waller County, Texas, have released the toxicology report from the autopsy of Sandra Bland, the woman who died in police custody following traffic stop, showing no illicit drugs in her system, aside from 18 nanograms of active THC, the psychoactive molecule in marijuana.

According to experts, such a high reading either indicates that Bland was a consistent heavy user of marijuana with already high THC levels that released over time, or she had access to and used marijuana within the Waller County jail. However, Robert Johnson with the Tarrant County medical examiner’s office told Associated Press, “I have never seen a report in the literature or from any other source of residual THC that high three days after someone stops using the drug.”

Bruce Goldberger, president of the American Board of Forensic Toxicology, said Bland had a “remarkably high concentration” of THC for someone who had been abstinent for three days. Indeed, research by Dr. Erin Karschner backs up that assertion.

Karschner’s work, “Do Δ9-Tetrahydrocannabinol Concentrations Indicate Recent Use in Chronic Cannabis Users?”, was published in the journal Addiction in 2009. She took 25 frequent marijuana users, including 11 African-American females, and subjected them to seven days of monitored abstinence. The greatest reading for THC levels after three days was 3.2ng/mL.

Dashcam video of Bland at her traffic stop showed no indication of someone currently high on marijuana. She maintains lane integrity and a lawful speed. After she’s stopped and exits the vehicle, she does not appear to be impaired to any degree. She’s then arrested and presumably searched, with no marijuana found on her person. None of the police reports or jail paperwork gives any indication that cops or jailers found her to be high.

How does one ingest marijuana in a county jail and not get caught? It’s hard imagining how smelly, bulky  marijuana got missed in a search of Bland’s person. It’s harder still to imagine how Bland would smoke that without detection when police claim to have checked her at 7am and she died around 9am.

Perhaps it was marijuana in an edible form. She couldn’t have just eaten marijuana buds; without decarboxylization (heating the bud) it wouldn’t get her high. More likely it was some form of marijuana edible. Unless Bland hid that in her clothes and found a hiding place for it in the cell before she was stripped and changed into the orange jail clothing, it would have to be smuggled into the jail by a third party. Who was that third party who got marijuana edibles to Sandra Bland in her cell?

The assistant district attorney made a huge deal about how Bland’s ligature wounds were consistent with self-hanging and not any sort of violent homicide. But who says homicides have to be violent? Large doses of THC in marijuana edibles have been known to render users unconscious. Could Bland have been slipped a megadose THC cookie? Could that small paper cup in one of the jail photos have been one that held a couple 20ng Marinol (synthetic THC) pills?

If we dismiss the conspiracy thinking about her death, we’re left with the reality that Sandra Bland likely acquired and used marijuana while in the Waller County Jail, in addition to inexplicably being given access to a plastic trash bag long and strong enough to hang oneself with, after having supposedly mentioned suicidal ideation in her past. We’re supposed to believe that a vibrant young activist against police brutality, who just landed her dream job at her alma mater, who couldn’t wait for her day in court to address her police mistreatment, after three days in jail without bail somehow got ahold of marijuana in jail, got depressed, and hanged herself in a cell conveniently out of camera view.

Right. Sure. Uh-huh. The marijuana that made Trayvon Martin aggressive, made Michael Brown impervious to bullets, and made Jared Loughner shoot a congresswoman, made Sandra Bland depressed enough to suicide shortly before she could have been bailed out of jail.