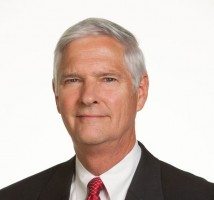 Judge Jim Gray is one of the last people that you would expect being a proponent for ending drug prohibition. Judge Gray is a true conservative who has become one of the top spokespeople for the drug law reform movement for over three decades now. He has experience as a criminal defense attorney, a prosecutor, an author and as cannabis industry businessman. I had the opportunity to interview Judge Jim Gray on the Drug War and keynoting the Oregon Medical Marijuana Business Conference (OMMBC) this September 12-13 in Portland. I am very thankful that the California Superior Court Judge agreed to speak with me and for his decades of drug policy activism.

Honestly, I’ve never smoked cannabis. I graduated from USC Law School in 1971 and to my knowledge about half of the students on the law review, the top 10% of the class, smoked cannabis. I have seen a lot of people who have become successful, just like George W. Bush, Bill Clinton and Barack Obama, that have used cannabis. Some of the best people that I have ever met have been drug law reform activists.

When did you first realize that the Drug War was a failure?

I never thought about the Drug War when I as a criminal defense attorney or federal prosecutor, but once I became a judge I saw first hand that drug prohibition was a failure I saw low level drug offenders have their lives ruined in my courtroom. I then realized that even prosecuting big drug dealers didn’t lead to less drugs in my community of Costa Mesa.

Any hesitation about speaking out due to your career as a judge?

I decided that something must be done and that I needed to speak out. Some things are just so important that they are worth risking your career, in my opinion. I felt that  conservative judge in a conservative county would be a good spokesperson for drug law reform, so I held a press conference on April 8, 1992, to publicize how drug prohibition wasn’t working. I’ve been active in drug policy reform ever since.

I became a speaker for Law Enforcement Against Prohibition (LEAP). Many people don’t know what to make of LEAP. No one can accuse us of being soft on crime. You just need to have an open mind to see that drug prohibition is a bad policy. When I speak to Rotary Clubs across the country, for instance, I can point out how their most important policy or issue is harmed by drug prohibition. Thankfully, more and more people are realizing the harms of drug prohibition.

How was the response from your friends, family and colleagues?

My family did not want me to do this, they didn’t want me to put my career at risk, but I knew that I had to speak out. A lot of judges and law enforcement members will privately tell me that they know the Drug War isn’t working, but few will speak out publicly. The Drug War is an employment act for many people.

You ran as the vice-presidential candidate on the Libertarian ticket in 2012, what are your views on the current crop of candidates?

I believe that Governor Gary Johnson is the most qualified person to be President of the United States. I had never heard of him before 1999, when I saw that the New Mexico governor had done an audit on the state government and had concluded that drug prohibition was  a failure. Governor Johnson created a billion dollar budget surplus, worked well with Democrats and instituted good policies that work for everyone and he would do the same as President of the United States. No Republican or Democrat comes close to the ideals and accomplishments of Gary Johnson. The only hope to stop on wasting money across the board, especially on unnecessary military spending around the globe, is Governor Gary Johnson.

The League of Women Voters, pulled out of participating in the presidential debates when other parties were excluded stating, “We will not be a part of the hoodwinking of America.” I believe that this lawsuit is the best investment we can make for the future of our political process. Neither Romney or Obama wanted to talk about drug policy and Obama smoked marijuana and did cocaine according to his books. The debate was rigged, everyone else wins if we win the lawsuit, expect the Democratic and Republican parties.

Can you describe how you got involved with Cannabis Sativa and your view of the future of the company?

Never in my life did I think that I would be involved with a company that would be involved with the selling of marijuana. I am proud of our company, under the leadership of Governor Gary Johnson, as we strive to be the gold standard in the industry with a quality product. The future our business probably won’t be in smokable marijuana, but in other products. CBD extracts, for instance, that don’t intoxicate you, but get you medicinal benefits will likely be a big product. It is very exciting.

You’ll be in Portland, Oregon, for the OMMBC on September 12 & 13th, so we’ll hear more from you soon, but anything else that you would like to convey to current and future cannabis industry entrepreneurs at this time?

Without any question, the future is bright for the cannabis industry. I am very excited for the industry and where it is heading. Our future will be made brighter as we learn more about the cannabis plant. We stopped research in its tracks with the Marijuana Tax Act in the 1930s, now Israel is leading they way, but it is exciting to see what we will discover as research increases.

Additionally, the whole hemp industry is another area where we are wounding ourselves as a country. It has a number of uses and you can get just as high from smoking a napkin. We can produce 4 times as much paper from hemp as we do trees, yet hemp production isn’t allowed currently, it’s lunacy. But the times are changing and I look forward to the advances that the industry will be making in the coming years.