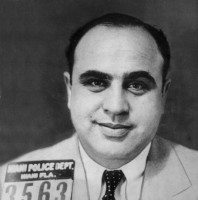 Safe Streets, a nonprofit started with the mission of stopping crime before it occurs, is inadvertently pushing a plan that will only create more crime and endanger the very citizens the nonprofit wants to protect.The Racketeer Influenced and Corrupt Organizations Act (RICO) was designed to tackle the mafia, giving the government an avenue to prosecute the leaders of crime syndicates for the actions of their underlings. Safe Streets is misusing federal RICO laws in an attempt to shut down the burgeoning cannabis industry in Colorado, hoping that the tactic will provide a blueprint for prohibitionists across the country.

Safe Streets, by using these laws to shut down marijuana retailers, are actually helping criminal gangs and cartels. The prohibition of marijuana, enriches gangs and cartels, just as alcohol prohibition enriched gangsters like Al Capone. There are already published reports that drug cartels are getting out of the marijuana business due to competition from state-regulated businesses. Safe Streets will only pull the cartels back into the marijuana business by forcing out legitimate, state-regulated businesses hoping to pay their fees and taxes, just as an any other licensed-and-regulated business.

I can understand the irrational, Reefer Madness fear that some prohibitionists experience when thinking about marijuana legalization. Decades of propaganda is difficult to overcome. However, a sophisticated nonprofit organization engaged in policy making and political advocacy shouldn’t be swayed by fear, it should examine the facts on the ground and consider the harms their actions may cause. There have been several studies examining the crime rate in locations that have regulated marijuana and all of the studies demonstrate that cannabis regulations don’t lead to an increase in crime; the sky hasn’t fallen, Chicken Little.

Some studies actually demonstrate that locations that have licensed marijuana commerce experience a decrease in violent crime. While this reduction in violent crime may be counterintuitive to prohibitionists, there are some rather simple explanations: regulation pushes criminals out of the market and licensed cannabis retailers often help revitalize downtrodden neighborhoods. If Safe Streets is successful and suffocates the marijuana industry in its infancy, then criminal gangs can move in to fill the demand and tax-paying businesses forced out of businesses may leave behind vacant spaces that attract crime. Safe Streets, in hoping that its legal strategy catches on with other prohibitionists, is literally using the RICO law to help provide business opportunities for organized crime. Hopefully, the organization will learn the folly of its plan. Concerned citizens can contact Safe Streets and let them know that they are pushing a plan that will make our streets more dangerous.

Safe Streets is currently accepting donations and urging people to share their stories about how marijuana has impacted their or their loved ones’ lives. With marijuana law reform polling favorably across the nation and winning at the ballot box, millions upon millions of Americans are realizing that regulating cannabis is a preferred policy to prohibition. Now that the citizens in 23 states (plus our nation’s capital) are living under a medical marijuana law, millions of Americans understand the medicinal benefits of cannabis for patients with a variety of debilitating medical conditions. I think that the cannabis community should take some time to inform Safe Streets about how cannabis has benefited their lives and the lives of their loved one. Cannabis prohibition, like alcohol prohibition before it, is a failed and harmful policy that enriches criminals, why is a nonprofit designed to stop crime helping create crime and enrich criminal organizations?