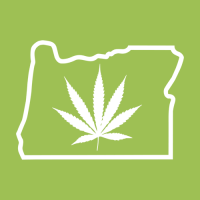 Even those that don’t support legalizing cannabis were hard pressed to support the federal government threatening Oregon teen Devontre Thomas with a year long prison term over about a gram of marijuana. Drug War reform advocates and concerned citizens across the nation were frankly appalled of such a harsh sentence facing a nonviolent teenager in a state that had legalized cannabis with over 56% of the vote in 2014.

Thomas’ attorney, Ruben Iniguez worked tirelessly for his client and he left me a message stating that the charges would be dismissed in 60 days so long as Thomas stayed out of trouble and stayed employed and/or in school, conditions he was confident the teen would fulfill. Iniguez thanked advocates for reaching out and offering to help with Thomas’ case.

Oregon Senators Jeff Merkley, Ron Wyden and Representative Earl Blumenauer, who should be commended for speaking out in favor of sensible cannabis laws, all expressed their concern over Thomas’ pending charges. Congressman Blumenauer released a press release today:

Portland, Ore. – Today, U.S. Representative Earl Blumenauer (OR-03) released the following statement on the decision by the U.S. Attorney for the District of Oregon to drop charges against Oregonian teen, Devontre Thomas, for possessing a small amount of marijuana.

“While I am pleased to see the U.S. Attorney drop the charges in the case of 19-year-old Devontre Thomas, I’m still concerned that this Office thought it was worth prosecuting in the first place. My hope is that this sets a precedent that federal prosecutors should not be wasting time and resources on low level marijuana crimes.”

Recently, U.S. Representative Earl Blumenauer led a letter to U.S. Attorney for the District of Oregon, expressing concerns about the drug prosecution priorities of the U.S. Attorney’s Office. The letter was also signed by U.S. Senators Ron Wyden and Jeff Merkley.

It is great news that Devontre Thomas can put this unfortunate plight behind him and get on with his life in a couple of months. Like Congressman Blumenauer stated, hopefully this case will set a precedent and U.S. Attorneys across the nation will stop bringing these wasteful cases against nonviolent citizens.

This post was originally published by New Approach Oregon, reposted with special permission.