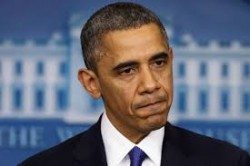 Last week the President visited Jamaica, the first time a sitting President of the United States has been there since Ronald Reagan visited the island nation in 1982. While in the country, the president held a townhall Q&A session in which a man named Miguel ‘Steppa’ Williams asked Obama the question that is on everyone’s mind: what is the United State’s policy regarding the legalization or decriminalization of marijuana?

“How did I anticipate this question?” the President joked. Once again, the President made light the topic of the legalization or decriminalization of marijuana, a plant that he has admitted himself has medical use, not to mention, has used infamously as a member of the “Choom Gang” in his youth. Though the president himself openly admits that marijuana has medicinal benefit, it remains classified federally as a Schedule I drug – the same classification in which one can find drugs like heroin, LSD, and mescaline.

To refresh your memory, for a drug to be classified as Schedule I, it needs to meet the following criteria.

As we all know, and the President himself admits – marijuana has medicinal value. Right there is the justification one would need to delist marijuana from its current Schedule I classification. But, in the age of spin and science-denial from both the right and left, we’ve seemingly come to accept this sort of doublespeak and contradiction from our elected officials.

Though Obama acknowledged the epidemic of non-violent drug offenders filling our prisons and fact that four states and the capital have legalized marijuana, he falls flat when he mentions the international aspect of marijuana prohibition. What the President believes about marijuana contradicts the official federal scheduling of the drug, yet he is reticent to push for rescheduling. He admits marijuana has medical benefit and yields that states are free to experiment with legalization, but fails to acknowledge the harmful aspects of prohibition and the classification of marijuana as Schedule I internationally. Nowhere has the president mentioned that the federal policy of prohibition and classification of marijuana as a Schedule I drug artificially increases the revenues of black market dealers, and sustains black market demand of marijuana globally.

Rescheduling Marijuana would allow for more relaxed penalties for non-violent drug users at home and would severely impact the black markets that the policy of prohibition has created. With the upcoming UN General Assembly Special Summit on Drugs happening in 2016 – now is the time for Obama to take an active stance and be a leader on the issue of marijuana legalization worldwide. Former US Presidents, the former UN Secretary General, and former Presidents of Mexico and Columbia, all openly endorse the failure of the war on drugs. Will we have to wait for Obama to finish his term to openly claim that the War on Drugs and marijuana specifically has failed? Or should we expect him to be a leader on this issue both at home and internationally?