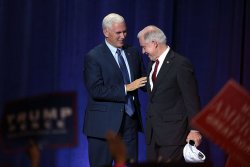 President-Elect Donald Trump has surrounded himself with hard-liner, cannabis-hating ex-prosecutors. They present a clear and present danger to state marijuana legalizations across the USA and to the millions of Americans benefitting from medical marijuana and from the booming economies of legalized states.

Actually, prosecutors don’t hate marijuana, they love it, at least as long as it is illegal. Felony marijuana has been a huge boondoggle for prosecutors, one of the big Ps of Big Prohibition. The relative bulkiness and smelliness of cannabis, along with it unceasing popularity made marijuana prosecutions easy as shooting fish in a barrel. With conspiracy provisions included in harsh new drug war laws, marijuana did not even have to be present to secure a conviction, talking about selling it was sufficient to end up in a federal prison cage.

The decades of prison time inflicted upon those falling to draconian marijuana laws also served as feathers in the caps of prosecutors. The long years of incarceration afforded by their easy drug prosecutions looked good on the resumes of prosecutors jailing their fellow citizens. And asset forfeiture presented another huge prosecutor benefit to harsh marijuana laws; government lawyers can simply grab the money and possessions of those suspected of marijuana “crimes,” with conviction, or even charge, against those being looted not even necessary. Marijuana laws have been very, very good to the prosecutor class, and these lawyers will not give them up willingly. In the Trump administration, they may not have to worry.

Before becoming the scandal-ridden governor of New Jersey, this portly prohibitionist was appointed by George W. Bush as United States Attorney for New Jersey. Except for his in with the president-elect, Christie has little going for him now. His underlings have been convicted in the Bridgegate scandal and few believe he was not involved. His current approval rating as New Jersey governor stands at an abysmal 20%.

Still, Christie’s early support and endorsement of Trump will earn him a place of federal power, bad news for cannabis liberation. See Chris Christie Calls Marijuana Users “Diseased,” Pledges to Cure Them With Law Enforcement. During his (short) 2012 presidential run he warned about state marijuana legalization,

If you’re getting high in Colorado today, enjoy it. As of January 2017, I will enforce the federal laws.

Jeff Sessions, ex-prosecutor. This Alabama senator has been a hard-liner drug warrior for his decades in the Senate, building upon his professional prosecutor career as US Attorney for the Southern District of Alabama and then Alabama Attorney General. A senator since 1996, he has legislated from the far-right and has been a major champion of a harsh war on drugs, mandatory minimums, and asset forfeiture. During hearings for Barack Obama’s (idiotic and tragic) choice of anti-marijuana zealot Michele Leonhart as DEA head, Sessions specifically coached her for hostility to medical marijuana. Some of his Session’s remarks and questions to Leonhart at confirmation hearings:

“I’m a big fan of the DEA,” said Sessions, before asking Leonhart point blank if she would fight medical marijuana legalization.

“These legalization efforts sound good to people,” Sessions quipped. “They say, ‘We could just end the problem of drugs if we could just make it legal.’ But any country that’s tried that, Alaska and other places have tried it, have failed. It does not work,” Sessions said.

Rudy Giuliani, ex-prosecutor. His consistent support of Trump has allowed this has-been former prosecutor and New York City mayor to remain relevant and in the public eye. Now, he will be nauseatingly present in our lives for the next four years. Hopefully, he will not be in a position to endanger state legalizations, but that might be too much to ask. Certainly, he will be given a position of power within the Trump administration. Giuliani opposes even medical marijuana. When running for president in 2007 he said,

“I checked with the FDA [Food and Drug Administration]. The FDA says marijuana has no additive medical benefit of any kind, that the illegal trafficking of marijuana is so great that it makes much more sense to keep it illegal. I will keep it illegal.”

“Whether the Amendment passes or not, the medical use of marijuana is a federal criminal offense.”

Refreshingly, she did not oppose the 2016 Florida medical marijuana initiative that just passed in a landslide victory.

Any of these prosecutors might be the next Attorney General of the United States. Even if not, each will be in a position to slow, maybe even crush marijuana legalization across the country and the planet.

Mike Pence, our next vice-president, was not a prosecutor but a conservative talk show host. As the far-right governor of Indiana, his attitudes and actions on marijuana and the drug war were deplorable. He reinstated mandatory minimum for Indiana drug offenses. See  Mike Pence: Wrong On Marijuana, Wrong On Tobacco, Wrong For America. In questioning a proposed reduction in the severity of Indiana marijuana laws he stated,

I think we need to focus on reducing crime, not reducing penalties. I think this legislation, as it moves forward, should still seek to continue to send a way strong message to the people of Indiana and particularly to those who would come into our state to deal drugs, that we are tough and we’re going to stay tough on narcotics in this state.

No matter the cabinet or administrative positions that will be filled by these cannabis reactionaries, their collective advice to Donald Trump about cannabis legalization and medical marijuana will certainly be negative and dangerous to the lives, liberty, and health of tens of millions of Americans.  With adult-use cannabis now becoming legal in California, the federal/state divide becomes a chasm. President Barack Obama describes the situation as “untenable,” a damning statement from the man who had the power to fix the problem, yet did nothing. See Obama Leaves Behind a Marijuana Nightmare.

If they choose, the feds have all the laws and tools they need to smash cannabis legalization in the USA. Federally, possession of marijuana ranks as one of the nation’s most severe crimes. Huge penalties and mandatory minimum sentences for federal possession, sale, and conspiracy charges are already in place, calling for decades of imprisonment for activities now common in legal states. And asset forfeiture allows the feds to financially gut cannabis entrepreneurs without even arresting them. The protective Cole Memo would soon become toilet paper in the next Attorney General’s plush federal bathroom.

Woe to the USA should Trump’s anti-cannabis zealots unleash the federal dogs of drug war upon the medical users and entrepreneurs across the country.