Opportunity to Question California’s Marijuana Czar at the next ICBC 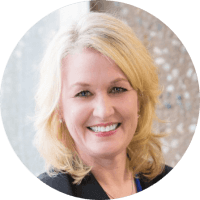 The California cannabis industry will be undergoing a huge overhaul as the state develops and implements new regulations for the state’s medical and recreational systems. The cannabis community will hear a lot about proposed rules over the next year and, unfortunately, a ton of misinformation will filter through the grapevine since the “telephone game” can distort the message. Four other states have undergone similar regulatory upheavals, but each state is different and the Golden State has its own set of issues to address.

Thankfully, Californians will be able to hear directly from the state’s marijuana czar, Lori Ajax, at the upcoming International Cannabis Business Conference (ICBC) in San Francisco on February 17th.  Ajax, who previously served as chief deputy director at the California Department of Alcoholic Beverage Control, impressed medical cannabis pioneer Steve DeAngelo when she toured the Harborside dispensary and other industry professionals declared themselves cautiously optimistic about their new head regulator. The state’s head marijuana regulator will be joining many California cannabis industry experts as well as rock icon Henry Rollins and four-time NBA champion John Salley at the San Francisco event.

Most importantly, ICBC organizers plan on saving most of Ajax’s hour-long panel for questions and answers, giving attendees the opportunity to have their burning questions addressed. This unfiltered exchange should prove extremely valuable for entrepreneurs as they prepare their businesses for new regulations.

“We want to help conference attendees be as prepared as possible and bringing in the state’s cannabis czar is a great way to bring the most relevant and pertinent information directly to entrepreneurs and business owners,” stated Alex Rogers, lead producer of the ICBC.  “We are very excited to have Lori Ajax at the San Francisco ICBC and are thankful that she found the time to answer questions and address the concerns of the California cannabis community.”

The International Cannabis Business Conference will host its third event in San Francisco on February 17th at the San Francisco Hilton Union Square. Early bird tickets are available until February first at www.internationalcbc.com.

This blog was originally posted at www.internationalcbc.com and has been republished here with special permission.