Italy Could Be On the Verge of Legalizing Marijuana 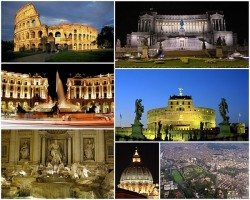 Italy could be on the verge of legalizing marijuana after 250 legislators, across political demographics signed onto a plan to allow legal possession, cultivation and use. If the plan comes to fruition, Italy would become the largest country in Europe to legalize cannabis. Europe has long been more tolerant of marijuana use, with the Netherlands being the most famous example, while Portugal has had a great experience decriminalizing all personal drug use. The Italian proposal, while restrictive upon public use and advertising, would allow for personal cultivation and private social clubs.

The leap may appear far-fetched for a country that just 10 years ago voted in a draconian anti-drug bill that removed any distinction between hard and soft drugs, increasing sentences for pot smokers and heroin addicts alike.

But the legalization movement recently gained momentum, with one of the world’s most progressive legislative proposals on marijuana being submitted to the Italian parliament. Drafted by the Intergrupo Parlamentare Cannabis Legale, the legislation would allow anyone over the age of 18 to cultivate as many as five plants at home. Italians could also team up to form a “cannabis social club,” with each having a maximum of 50 people growing as many as 250 plants.

In both cases, the product would have to be consumed or shared by the farmers, who would be banned from selling and profiting from it while notifying authorities about their activities. All other individuals would be allowed to store as many as 15 grams of marijuana at home and carry as many as 5 grams, with higher quantities being allowed for medical use.

Cannabis prohibition is a plight that hurts good people and societies across the globe, so it is great to see progress around the world. Each and every country that repeals prohibition adds momentum to this important fight for freedom. Italy’s society and economy will reap many rewards if this legalization plan comes to fruition and more countries will soon follow suit. State by state, country by country, step by step, cannabis prohibition is crumbling all around us and we all are better for it.