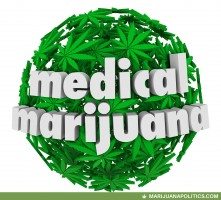 Last Thursday, some seriously ill patients in Germany breathed a sigh of relief when lawmakers in the lower house of Germany’s Parliament unanimously approved a measure which would improve accessibility to medical cannabis.
The law will allow doctors to prescribe cannabis for some serious illnesses without forcing patients to go through the current rigorous and complicated process, which requires patients receive special authorization to use cannabis as medicine. The law will also allow some costs to be refunded through health insurance. New procedures will go into effect in March.
Though the plant remains largely illegal, nearly five percent of German citizens use the plant.  A unanimous vote for medical cannabis signals a clear change regarding German’s attitudes toward the plant. One might expect that more changes regarding liberalization of the cannabis plant are on the horizon, though some politicians remain as cautious as ever, emphasizing the urgency of patients’ needs, The Cannabist covered:

Health Minister Hermann Groehe has stressed the move does not mean marijuana will be legal for non-medical purposes.
Groehe says: “Seriously ill people must be cared for in the best way possible” and that includes allowing the public health system to fund cannabis prescriptions for patients “if they cannot effectively be helped any other way.'”

Find out more about what’s happening with Germany’s emerging medical cannabis program and within other European countries this April 10th-12th, 2017 at the International Cannabis Business Conference (ICBC) in Berlin. Buy your tickets today!
This blog was originally published at www.internationalcbc.com and has been reposted here with special permission.