Debbie Be Gone: Wasserman Schultz Forced Out At DNC 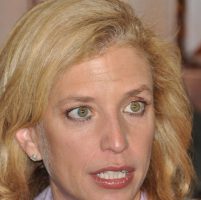 Devisive Debbie Wasserman Schultz has finally resigned as Democratic National Committee chief. Followers of MarijuanaPolitics.com may have read this writer’s several posts criticizing Schultz as unfit for DNC chief or as a Democratic Representative to Congress. Her resignation will go a long ways in helping to unify the Democratic Party for the upcoming election.

The emails that proved Schultz’s unfair and preferential treatment of Hillary Clinton‘s campaign supported Bernie Sander’s long contention. But this is one of many issues. Her stewardship of the 2014 election was a disaster for Democrats. Now she has also dampened Democratic turnout throughout the primaries. Debbie also does malice by supporting the parasitic payday loans industry, being a shill for alcohol companies, funding the war on drugs and the prison industries they support, and denying the benefits of medical marijuana to fellow Floridians and other Americans.

Now she must be defeated in the upcoming Florida August 30 primary. If progressive Tim Canova, endorsed by Bernie Sanders, is able to defeat Schultz, the House of Representatives will lose an ardent marijuana prohibitionist and America will gain a vital cannabis advocate and strong opponent of the failed war on drugs.