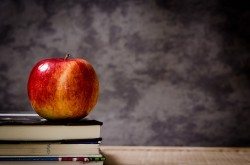 It’s no wonder most Coloradans still support marijuana legalization: the new policy keeps bearing fruit, and particularly so for the state’s schools.

Numbers released this week by the Colorado Department of Revenue reveal that tax revenue from legal marijuana sales has been exceeding expectations, totaling $13.7 million in just the first five months of 2015 — that’s more than the tax revenue collected in all of 2014. This is good news for the state’s education system, which receives the first $40 million of tax revenue generated from marijuana sales each year.

Colorado legalized marijuana in 2012 when voters approved Amendment 64, which taxes marijuana sales and earmarks the revenue for the construction of public schools in the state. As education funding has been scarce in the past few years, this was a much-discussed aspect of the amendment:

In Colorado, the public-education benefit of legalization served as a major selling point for the proposal during election season. Pro-legalization advocates even aired ads with slogans like, “Jobs for our people. Money for our schools. Who could ask for more?” and “Strict Regulation. Fund Education.”

According to the Denver Post, marijuana sales in Colorado have “plateaued in spring 2015,” but the marijuana industry has been generating record-breaking amounts of tax revenue:

Retail sales hardly fluctuated between March and May, staying between $42.4 and $42.7 million — totaling $42.5 million in May. May’s medical marijuana sales in Colorado were at their highest since last October, totaling $32.4 million.

There was some initial skepticism of legalization advocates’ claims that reforming marijuana laws could raise an annual $40 million for education, but the Denver Post now estimates that the amendment will deliver on its promise: “Even if modest growth continues through the end of the year, Colorado schools will get the promised infusion of $40 million.”

While the tax revenue seems to be its most popular consequence, legalizing marijuana in Colorado has been a resounding success in many other ways: the state’s crime rate has dropped significantly, fewer teenagers are using marijuana, and the state’s roads are safer than ever.