Be Very Afraid! Marijuana Is Becoming Popular And Adults Are Smoking It! 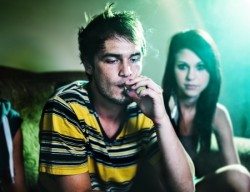 “Marijuana use doubles among U.S. adults”

“Marijuana Use Doubles in U.S., But So Do Problems”

Problems? You mean like raising $200 million in tax revenue in two legal marijuana states? Or like treating over a million legal medical marijuana patients who no longer fear arrest and incarceration? Or the reduction in suicide rates, opiate overdoses, and drunk driving deaths in states with access to medical marijuana? America’s got 99 problems, but a spliff ain’t one.

“Marijuana Use in U.S. Doubled Over Recent 10-Year Period
About 3 in 10 users are abusing or dependent on the drug, according to a new study”

Ah, now we get to heart of the scare – more adults are using marijuana… and they’re becoming addicted! Degenerate pot zombies roaming the streets in search of strains… ssstttrrraaaiiinnnsss!

Indeed, the surveys show an increase from 4.1 percent of adults consuming marijuana annually in 2001-2002 to the 9.5 percent consumption rates in the 2012-2013 data. Note that I wrote the surveys show. Keep that in mind when NBC writes “Marijuana use has more than doubled in the U.S. since the beginning of the century.” We don’t know that. We do know that there was a doubling in the percentage of people who admitted to breaking federal marijuana laws and possibly state marijuana laws to an anonymous pollster on the telephone representing the federal government.

Think about 2001-2002. George W. Bush was in office and we were collectively in the middle of post-9/11 hysteria. The people were allowing the federal government any measure of power it needed, from the Authorization for the Use of Military Force in Iraq to the USA PATRIOT ACT. Medical marijuana existed only in the West and Maine. The Bush Administration was running ads on the Super Bowl that said pot smokers were contributing to terrorism. How honest would your average American pot smoker be on a federal survey around that time?

But let’s suppose we can trust the figure; that adult use of marijuana really did double in the past decade. So what? Auto fatalities are at a record low, productivity is up, unemployment is down, crime is down, and the support for marijuana legalization has once again reached the all-time high of 58 percent in the Gallup poll.

The issue, according to the scare, is that problem marijuana use has doubled, too. “While not all marijuana users experience problems, nearly three of 10 marijuana users manifested a marijuana use disorder in 2012-2013,” said Bridget Grant of the National Institute on Alcohol Abuse and Alcoholism, a co-author of the study.

Yes, indeed, some people can have a very adverse reaction to using marijuana. It is a mood-altering substance, and like sugar, fats, caffeine, gambling, and sex, some people can develop an unhealthy relationship with that pleasure.

However, “marijuana use disorder” is such a broad spectrum of diagnoses confounded by the contraband status of cannabis in most states that it doesn’t tell us much about any increase in risk to those consumers or the general public.

The study relies on the DSM-IV definitions of substance abuse and substance disorder. These definitions have been changed for the new DSM-V, the reference manual for psychology and psychiatry in the United States. For “substance abuse”, one may qualify if they exhibited “substance-related legal problems”. Thus, any consumer arrested for marijuana meets the definition of “substance abuser”, even if their consumption was responsible and their behavior is functional.

“Substance dependence” is an even broader definition. Three strikes on this list labels you “substance dependent”, including needing “markedly increased amounts of [marijuana] to achieve… desired effect”, which is a naturally-occurring effect when adults who like marijuana develop tolerance. If you lived in a state with legal marijuana, you’re going to have greater access and have less time between dry spells.

That tolerance, per se, doesn’t mean you’re having a dysfunctional relationship with marijuana. But if you’re working full time, or going to school with good grades, or raising a loving family, but you answered that, yeah, you need to smoke more pot these days to get high, you can be considered “marijuana dependent”.

That tolerance issue can also get you your strike for the “diminished effect with continued use of the same amount” and “taking the substance often in larger amounts” items on the list, too. So, for merely being a regular cannabis consumer who now has greater access to cannabis, you’re deemed “substance dependent”.

The scare stories then pivot from the adults who are now using more marijuana to how terrible marijuana is for the developing teen brain and how teens are perceiving marijuana as less harmful than they have in the past.

But those kids should find marijuana less harmful now that it’s not turning their brains into eggs in frying pans, causing their dogs to talk to them, and contributing to Osama bin Laden’s terrorist operations, according to TV commercials. Now that those kids have Google to debunk reefer madness and PubMed to look up cannabis science, they don’t believe the old lies that led to artificially negative perceptions of marijuana.