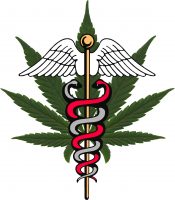 As a newly-minted medical marijuana patient, you’ve just achieved some protection from law enforcement if you choose to travel around your state with an ounce of marijuana. But, if you want to leave your state, you may be wondering, “which states accept my medical marijuana card?”

Unfortunately, there are currently only six out of the twenty-five medical marijuana states that will respect your out-of-state card.

Arizona and Maine will recognize your card, but you will not be allowed to shop in their medical marijuana dispensaries.

There are four other states where the status of reciprocity for out-of-state cards has yet to be established.

Pennsylvania and Massachusetts have programs where out-of-state reciprocity is undetermined.

Ohio may end up with medical marijuana reciprocity, but in that state the smoking of marijuana is not approved.

Hawaii will have reciprocity starting in 2018 that requires registration.

We could also consider Oregon, Washington, Colorado, and Alaska to also be states where medical marijuana patients could travel without fear, thanks to legalization that renders the need for a medical marijuana card irrelevant.

California*, Arizona, Nevada*, Maine*, and Massachusetts* could join the list of legal states, further opening up travel opportunities for patients.

The initiative proposed in Arkansas* does recognize out-of-state cards.

* = Initiative already on the ballot in that state as of press time.

This is why the fight for medical marijuana is best won by fighting for full adult-use marijuana legalization. In Oregon, Washington, Colorado, and Alaska, you need no card and you need no doctor if you wish to be traveling around with an ounce of marijuana on your person.

In other words, sick people using marijuana would only be protected in 3/5ths of US States and they could only travel to 1/4th of the states.

I’ll bet if people with diabetes, high cholesterol, or clinical depression could only travel to a quarter of the country with their insulin, statins, or benzodiazepenes, the public would better understand how we’re treating medical marijuana patients as second-class citizens because their medicine isn’t corporate.