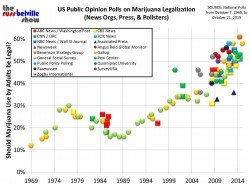 In devastating news for the opponents of marijuana legalization, the latest poll from the respected Gallup organization shows, for the third straight poll, a solid majority of Americans nationwide favor the legalization of marijuana for adult personal use. 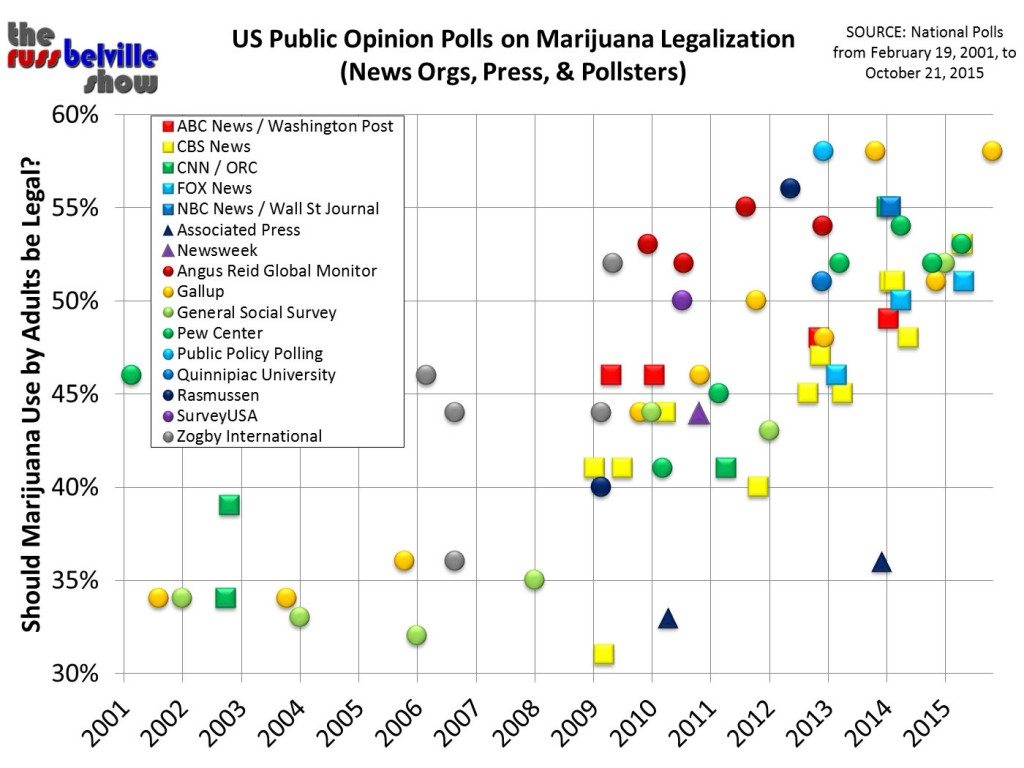 The last polls that showed majority opposition to marijuana legalization were taken in November and December of 2012, with 50 percent opposed and 48 percent in support. The average of the 27 polls taken since legalization is 51.4 percent. Of the seven polls taken since Oregon and Alaska legalized on November 4, 2014, all show majority support with a poll average of 54.1 percent.

This latest poll and the overall trend in polling shows that, contrary to the assertions of prohibitionists like Project SAM’s Kevin Sabet, the American people are not feeling a “buyer’s remorse” toward legalization, but rather they’re feeling interstate envy for the $100 million in tax revenues and thousands of new jobs created in Colorado and Washington and soon, Oregon and Alaska. 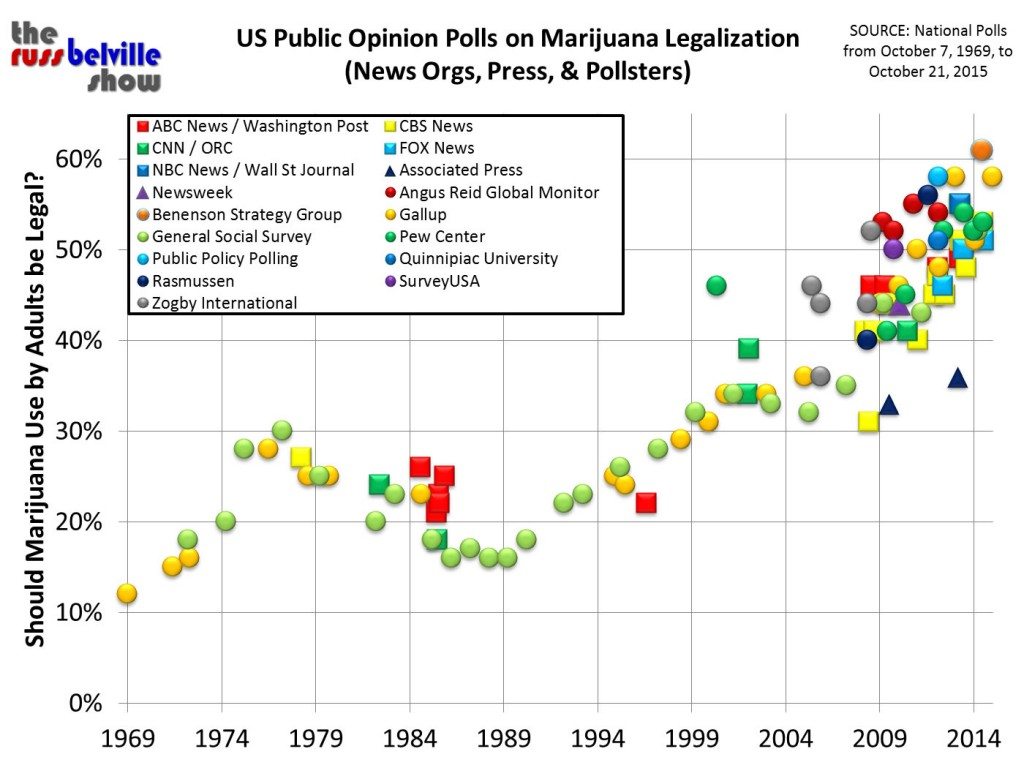 Another damning trend for the prohibitionists is that their senior supporters are dying off and are not being replaced by junior prohibitionists. While barely over a third of seniors (65+) support legalization, no demographic under the age of 65 supports prohibition. Support for legalization stands at 58 percent for people aged 50-64, at 64 percent at ages 35-49, and a whopping 71 percent of adults under age 35 support marijuana legalization nationwide.

In less than two weeks, Ohioans vote to make it the fifth legal marijuana state in America. To our north, the majority win for Justin Trudeau and the Liberal Party bodes well for nationwide legalization in Canada before the end of the year. With California, Nevada, Arizona, Massachusetts, Maine, and Michigan on deck for legalization in 2016, how much longer can the United States maintain the fiction that marijuana is a dangerous drug with no medicinal value that cannot be used safely by adults?