Since graduating from Harvard Law School in 2008, Jeremy has devoted his career to educating voters and lawmakers on the consequences of cannabis prohibition and the available alternatives. He is the editor of TheLeafOnline.com, the digital reboot of the West Coast Leaf newspaper, and formerly worked as the Editor-in-Chief of Cannabis Now Magazine. Besides his work on MarijuanaPolitics.com, he also guest blogs for AlterNet Drugs, About.com, Salon.com and others. 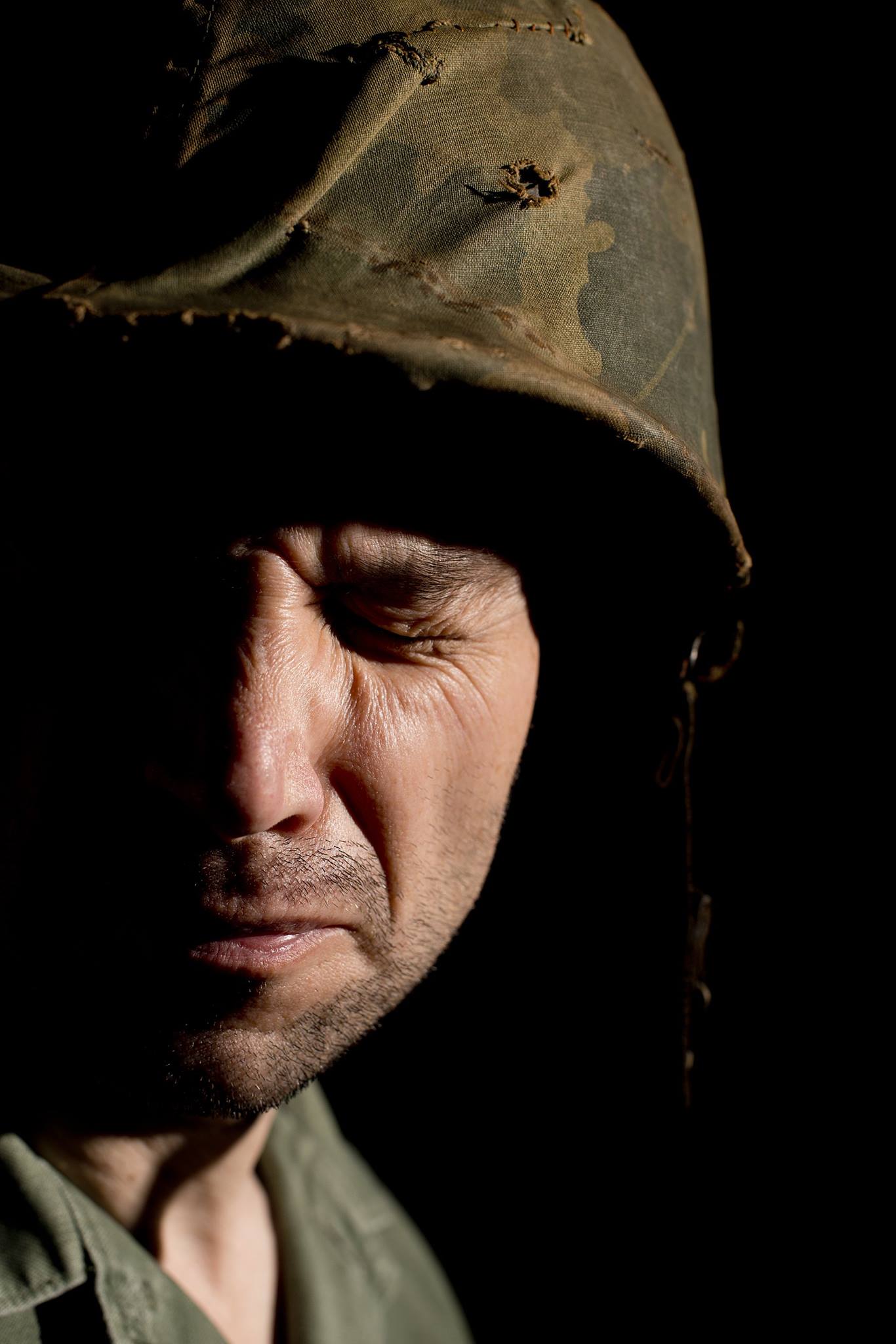 Combat veterans who suffer from post-traumatic stress are hardly doing anyone harm by choosing a less toxic, safer alternative to alcohol to help soothe the stress of readjusting to civilian life, but never mind: clinical psychologist and Iraq veteran Bret A. Moore wants our vets to continue to just say no to using cannabis to treat PTSD.

To be fair to Dr. Moore, who has clinical experience treating veterans with PTS, he says he is “acutely aware of the limitations of our current treatments for veterans” and would “welcome any new means for relieving the distress associated with combat trauma, however unlikely they may seem.” To be even fairer, he doesn’t advocate depriving our veterans of potentially therapeutic treatments out of mere spite; instead, he bases his conclusion on the rational if somewhat heartless contention that

“the benefit of marijuana use is uncertain. To date, most of the reported therapeutic benefits are anecdotal, many from testimonials by veterans who use it. There’s little or no rigorous scientific research supporting the use of marijuana for PTSD, especially in combat veterans.”

In short, adults — even combat veterans — should not be free to choose their own PTSD treatment regimens, unless those regimens have been rigorously studied for safety and effectiveness. This is not a position with which I agree, but I can admit that at least it has some logical basis; anyone who remembers drug scares over pharmaceuticals like fen-phen can probably see the logic in making sure drugs are well tested before doctors begin prescribing them willy-nilly.

But while none of Dr. Moore’s statements are technically untrue, their implication is thoroughly misleading. It is true that the number of anecdotal reports of veterans deriving greater relief with fewer side effects through cannabis dwarf the number of controlled clinical studies demonstrating the treatment’s safety and efficacy. Moore presents this as evidence to attack the idea that cannabis is medicine, implying that treatments which are both safe and effective will naturally bubble their way through the FDA regulatory apparatus.

That would be news to Dr. Sue Sisley, who co-authored the only FDA-approved, randomized, controlled human clinical trial to test the effects of cannabis on combat veterans with PTSD. Sisley’s study meets every single criterion Dr. Moore demands for rigorous scientific research into cannabis as a PTSD treatment, but there’s a very good reason why he didn’t mention it: the federal government has stonewalled the study at every turn.

Sisley had the ball rolling on her study by fall of 2010, but by that December the FDA did a 180 and placed the study on full clinical hold. Sisley submitted a revised study protocol incorporating the objections of the FDA, which accepted the revised protocols in the spring of 2011, but then after a 4 1/2 month bureaucratic delay the National Institutes on Drug Abuse (NIDA) and Public Health Service (PHS) rejected it. Finally in 2014 the Department of Health and Human Services (HHS) approved the study, but then NIDA, the only legal source of research marijuana in the country, announced that it would not be able to grow the grades of marijuana required for the study and would have to start over with a new crop. And then, that same summer, Sisley was fired from her job teaching at the University of Arizona’s College of Medicine, for what look suspiciously like political reasons. Now Sisley and co-researcher Rick Doblin are finally able to continue with the help of a $2 million grant but are still held up by the fact that NIDA still can’t figure out how to grow the cannabis they need. As soon as the federal government gets its act together on that, they’ll finally be able to administer the research drug to test the efficacy of medical marijuana on PTSD for the first time — five years after the study was designed.

Dr. Moore seems unaware of any of this history. If he could somehow explain why the federal war on science were justified, then his conclusion that we don’t know enough about medical marijuana to recommend it to combat veterans would be valid. But if he cannot find a good reason to support the government’s myriad efforts to stymie Dr. Sisley’s attempts to conduct the very research he demands, then he’s exhibiting shocking callousness in the face of an afflicted veteran population committing suicide at the rate of 22 per day.

What Cancer.gov Forgot to Say About Cannabis 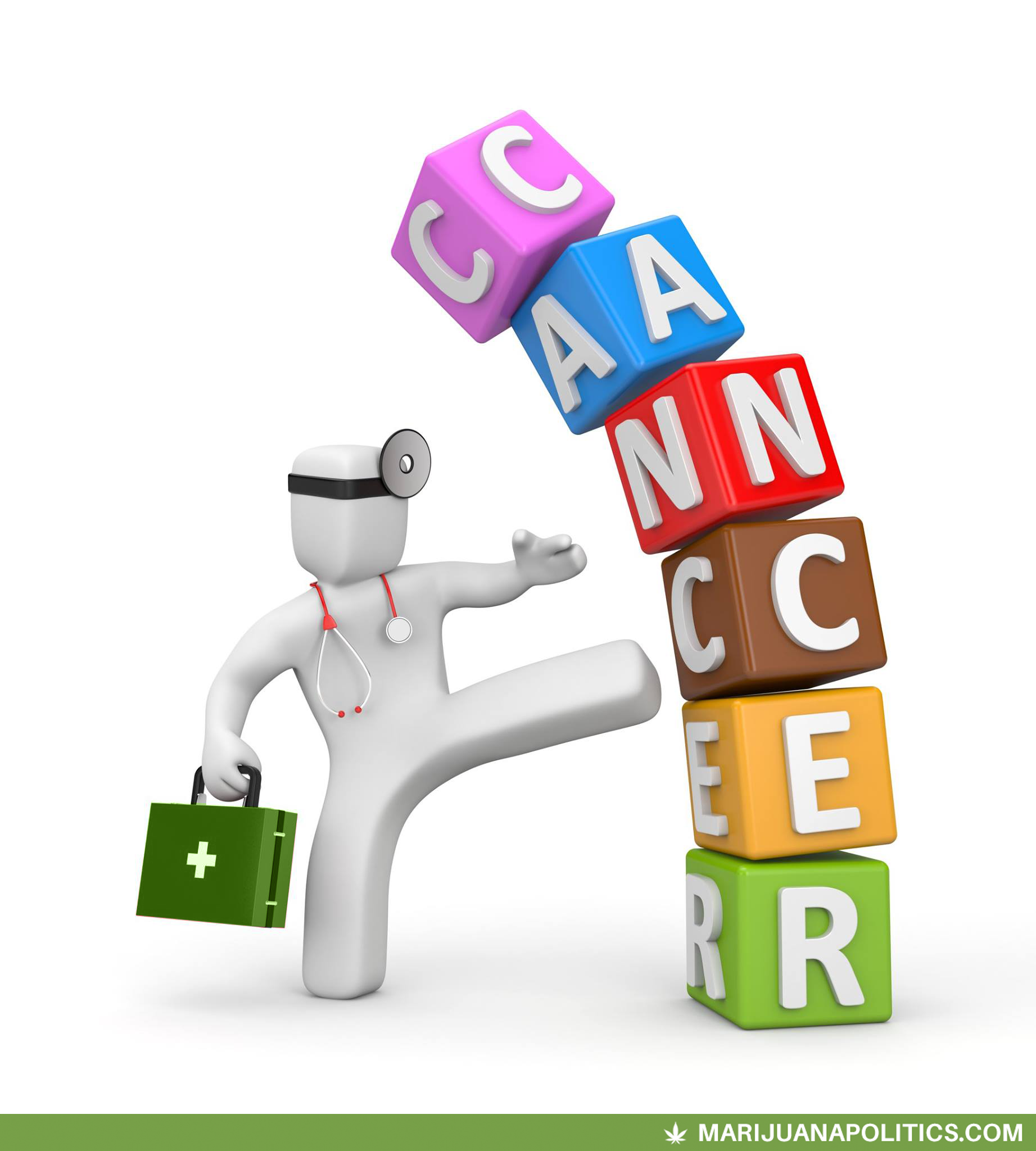 The internet is abuzz with the word that the prestigious National Cancer Institute (NCI) has announced, through its website at cancer.gov, that the active ingredients in cannabis resin may be effective in killing cancer cells. The site’s FAQ page now includes a sampling of preclinical data listing some of the evidence for the ability of cannabinoids to inhibit or even kill tumors, including:

Tantalizing stuff. Yet despite all of this data, the site still disclaims that “[a]t this time, there is not enough evidence to recommend that patients inhale or ingest Cannabis as a treatment for cancer-related symptoms or side effects of cancer therapy.” By way of explanation, the site maintains that “[n]o clinical trials of Cannabis as a treatment for cancer in humans have been found in the CAM on PubMed database maintained by the National Institutes of Health.”

This statement is technically true, but rather misleading. To test its veracity, I conducted my own search on the CAM on PubMed database for studies containing the keywords “cannabinoids” and “cancer.” The results came back with dozens of studies supporting the idea that cannabis and/or individual cannabinoids had some kind of antitumor, antiproliferative or improved quality of life effects for cancer patients, though admittedly the vast majority of them had methodologies similar to the studies cited by NCI: studies on mice, cancer cell lines in vitro, population-level data and so on.

Yet the search results were not devoid of human clinical trials: among others, they included this study from a 2011 issue of the Annals of Oncology which tested THC on adult cancer patients using a randomized, double-blind, placebo-controlled methodology (often called the “gold standard” in medical research) and which reported an increased quality of life for cancer patients given THC over those given placebo by improving appetite, sleep and the ability to relax. Anyone adept at splitting hairs could point out that this study didn’t actually study the use of cannabinoids to treat cancer — merely some of the symptoms of cancer and treatments like chemotherapy. But the studied cancer patients undeniably got better.

I also found this study from a 2006 issue of the British Journal of Cancer which tested the application of THC in humans who suffered from advanced glioblastoma multiforme, an extremely aggressive and deadly form of brain cancer. The study found that injection of THC into the tumors had the effect of triggering apoptosis (AKA “programmed cell death”) in the cancerous cells without damaging any healthy brain cells — a finding sure to have caused Ronald Reagan to turn over in his grave. The treatment also extended the lives of some, though not all, of the study participants. This is very promising research, although — once again, splitting fine hairs — technically the study was designed to study whether cannabinoids could be safely administered to cancer patients under a doctor’s supervision (spoiler alert: they can); the findings of the study related to actually treating cancer were just icing on the cake.

So is it actually too early to tell whether cannabis is an effective treatment for cancer, despite the reams of anecdotal reports of seemingly miraculous recoveries? More research is obviously needed, but given the clear and mounting evidence of the plant’s safety, it’s getting more and more difficult to maintain that cancer patients have anything to lose — unless, of course, their medical marijuana is contaminated.