The Oregonian to Hire “Experienced Cannabis Consumer” for Marijuana Reviews 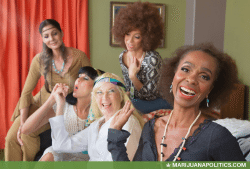 The Oregonian, the largest newspaper in the Pacific Northwest, is looking to hire someone to try out marijuana products in the state and write about the experience two to four times a month. While the job may sound easy, the folks at The Oregonian make clear that they are looking for someone with high qualifications, namely that they “be an experienced cannabis consumer with deep knowledge about the variety of strains and products available on the Oregon market.”

The paper’s new marijuana critic would be tasked with reviewing strains and marijuana strains and products as well as keeping track of consumer trends in Oregon’s growing marijuana industry. As recreational sales will not be allowed until October 1st, The Oregonian requires that applicants be legally permitted to use marijuana for medical purposes. Additionally, the position is that of a freelance writer, as opposed to full-time employee, due to the fact that “The Oregonian’s parent company, New York-based Advance Publications, mandates drug testing for its employees.”

The Oregonian follows in the footsteps of other publications, such as The Denver Post and Willamette Week, who have been early adopters of marijuana columns and product reviews as part of their coverage. While it is known to be a somewhat conservative newspaper, The Oregonian editorial board came out in support of marijuana legalization last year, officially endorsing Oregon’s Measure 91 which ended marijuana prohibition in the state.

If you are interested in applying for the position, The Oregonian invites you to “contact editor Bruce Hammond, brucehammond@oregonian.com to learn more.”