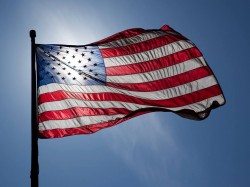 UPDATE: I have now linked to the new, amended version of the Sean Parker Initiative at http://rad-r.us/CA-AUMA2.

2016 looks to be a banner year for marijuana legalization. Nevada is already on the ballot and initiatives are expected to make the ballot in California, Arizona, Maine, and Massachusetts as well. There is an outside chance that Ohio may join them in 2016, and Vermont and Rhode Island may enact legalization through their legislatures. Florida is likely to be onboard with a medical marijuana intiative and there may be one coming from Missouri as well. Then there are grassroots efforts in many states aiming for 2016 – visit the Ballotpedia for a full listing.

At Marijuana Politics, I’ve taken the time to peruse the five leading contenders for legalization in 2016. To read summaries of each, visit the links below:

I’ve also produced hyperlinked versions of the full text of each initiative, annotated and re-formatted for easier reading:

Here is my quick table comparison of the initiatives, as well as a comparison table of existing legalization states and DC.