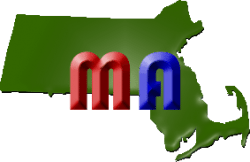 Today we dig into the MPP’s Massachusetts Marijuana Legalization Initiative, another CRMLA. The complete text with hyperlinks and my notations is available as a PDF download. Here are the highlights:

Personal Possession and Cultivation: Adults 21 and older can possess up to an ounce of marijuana in public, up to 5 grams of that may be concentrate, and up to ten ounces at home, but it must be locked up. Edibles and liquids can have up to an ounce of marijuana in them, rather than being limited by weight or volume. Adults can cultivate 6 plants each with a max of 12 per household and possess the results of the harvest. Marijuana and cannabis plants must remain out of public view.

Illegal Acts: Cultivation in public view is a $300 civil fine. Leaving marijuana unlocked at home or smoking in public or where there are no smoking signs is a $100 fine. Open containers of marijuana in a vehicle are subject to a civil fine of $500, unless they’re in the trunk or locked glove compartment. Possessing or cultivating over the legal limit but under twice the legal limit is a $100 fine and forfeiture of the excess. People under 21 trying to access marijuana is a $100 fine with a mandatory drug awareness program.

Consumer Rights: Landlords can ban tenants from cultivating and smoking marijuana on their properties. Employers can still ban pot smoking at work. Parental custody and visitation rights and necessary medical procedures, like organ transplants, cannot be denied solely for marijuana use.

Marijuana Regulation: There will be a Cannabis Control Commission that regulates all marijuana in the state. It is directed specifically to encourage industry participation for people of color. The CCC can create new licenses, such as pot lounge licensing, special event licensing, and research licensing, and can also restrict advertising.

Retail Shops: Marijuana will be taxed at 3.75 percent at the point of sale, plus a potential 2 percent local tax, but these taxes do not apply to medical marijuana. Medical dispensaries and commercial retail shops can co-locate. Local residents can petition for the right to establish pot lounges. There will be a maximum of 75 retail shops until October 2018.

Commercial Licenses: Licenses will cost a $3,000 non-refundable application fee, plus $15,000 for a Cultivator, Manufacturer, or Retailer license or $10,000 for a Tester license. Licensees must meet the standards required for an alcohol licensee, except that a marijuana conviction won’t bar licensure. CCC can institute an absolute cap on marijuana cultivation statewide. There will be a maximum of 75 manufacturers until October 2018 and a max of 75 cultivators until October 2019. Licensees must be 500 feet from schools.

With its low taxes, expansive protection of consumer rights, aim of improving communities hardest hit by prohibition enforcement, protection of commercial licensing, including the possibility of pot lounges, the Massachusetts version of CRMLA is the best of the three initiatives written by MPP for the 2016 election.