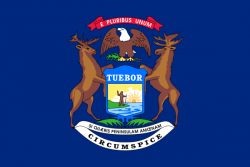 GRAND RAPIDS, Michigan – Michigan’s muddied medical marijuana laws got more restrictive Wednesday, as an appeals court ruled that marijuana cuttings, no matter how small, are considered against the plant count limits mandated by state law. WZZM-TV reports that the case involved a caregiver with authority to grow two dozen cannabis plants. When Grand Rapids police raided his grow, they seized 21 cannabis plants and 22 cloned seedlings. For the possession of what prosecutors considered 43 plants, the caregiver was charged with a four-year felony. The appeals court today ruled that if those cuttings have developed roots, they are considered plants under the law. This decision severely restricts the ability of caregivers to provide for patients by essentially halving the number of mature cannabis plants they can produce.

JERUSALEM, Israel – Health officials in Israel have announced an increase of 100 more doctors who will be authorized to prescribe medical cannabis. Haaretz reports that the Israeli medical marijuana program serves about 23,000 patients, but only 36 doctors, mostly oncologists, have the appropriate authorization to prescribe cannabis. Adding more doctors to the program should broaden the use of medical cannabis beyond cancer treatments. Earlier this year, officials lessened the restrictions on cultivating medical cannabis. Since the discovery of THC by Israeli scientists in 1964, the country has been leading the world in cannabis research, even treating its soldiers with cannabis for PTSD since 2004.

LAS VEGAS, Nevada – While attending the opening of new medical clinic that performs workplace drug testing, outgoing Minority Leader Senator Harry Reid said if the vote were held today, he would oppose Nevada’s recreational marijuana legalization initiative. “I support medical marijuana 100 percent,” Senator Reid told Las Vegas Sun reporter Megan Messerly, “and I’m going to wait and see how the debate progresses on recreational use of marijuana.” Senator Reid said he was “very, very dubious and concerned” about legalization and that supporters “better start making their case to me.”

NASHVILLE, Tennessee – A municipal ordinance to decriminalize possession of one half-ounce of marijuana in Music City has survived its first reading. The Nashville City Council voted 32-4 to advance the legislation mandating that adults who possess or share up to a half-ounce of pot shall be fined fifty dollars or given 10 hours of community service, according to The Tennessean. Police officials have objected to the word “shall” in the ordinance, claiming it would remove the discretion from police officers. Current law in Tennessee treats marijuana possession as a misdemeanor with up to a year in jail and a $2,500 fine. The first vote is typically procedural and the measure will have to survive two more votes to become law. This is the first time Nashville city leaders have ever taken up the subject of marijuana reform.