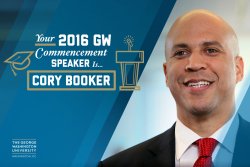 The Marijuana Justice Act of 2017, introduced by New Jersey Democratic Senator Cory Booker, is exactly the criminal justice and health legislation this country so needs. Much like Bernie Sander’s bill in the last Congress, this act would not reschedule, but actually deschedule cannabis out of the Controlled Substance Act altogether. As its name implies, the passage of this act, S. 1689, would provide true marijuana justice in the USA. Tragically, it has received zero cosponsors in the Senate. An analysis by Skopos Lab artificial intelligence gives it only a 1% chance of being enacted.

The similar bill by Senator Bernie Sanders (D – Ver) in the last Congress likewise got no cosponsors, not even Cory Booker, and died. Similarly, neither Bernie Sanders nor any other senator has cosponsored the 2017 bill. A portion of GovTrack’s summary of S. 1689 follows:

The Marijuana Justice Act, introduced by Sen. Cory Booker (D-NJ), would end the federal prohibition on marijuana once and for all, by removing the drug from the DEA’s list of controlled substances entirely.

It would also apply retroactively, allowing for judicial review of anybody serving a prison sentence for drug possession. (Although virtually nobody in America goes to jail just for marijuana possession or use, the charge is often used to add time to a jail sentence primarily handed down for conviction of another drug-related crime such as selling or trafficking.)

Lastly, the bill would use federal expenditures to incentive states to legalize the drug “if those laws were shown to have a disproportionate effect on low-income individuals and/or people of color.” As Vox points out, that designation applies to almost every state. Therefore, this bill would effectively authorize federal expenditures to support nationwide legalization at the state level as well.

A version of the bill introduced into the House of Representative by Thomas Garrett (R-Vir) is doing better. With 15 House cosponsors, H.R. 1227: Ending Federal Marijuana Prohibition Act of 2017 is given a 9% chance of passage by Skopos Labs. The 15 cosponsors are cannabis freedom fighters. They are:

The Senate (and House) have seen other action on the marijuana front. Oregon Senator Ron Wyden introduced S. 780: Responsibly Addressing the Marijuana Policy Gap Act of 2017. This act would not deschedule cannabis but does provide legal protection in legal states. The bill has a counterpart in the House, Earl Blumenauer’s H.R. 1824, now with seven cosponsors.

If your Senators and Representatives are absent on these important bills, call them and urge they cosponsor.