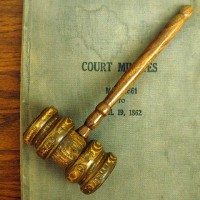 SAN FRANCISCO, California – The Ninth Circuit Court of Appeals decided today that the Department of Justice may not spend taxpayer dollars to conduct prosecutions of patients and their providers in states that have legalized medical marijuana. The ruling is in response to ten cases brought up on appeal that cite the Rohrabacher-Farr Amendment, a rider to congressional appropriations that forbids the use of tax dollars on medical marijuana cases. The Department of Justice had argued that their prosecutions weren’t countermanding California’s ability to conduct its medical marijuana operations, while the author of the amendment, California Republican Dana Rohrabacher, responded that the amendment was created specifically to end the DEA raids. The cases return to the lower courts to determine if the defendants had been following California law and therefore should have been immune to the federal raids and trials.

SACRAMENTO, California – Lawmakers in the Golden State are proposing a bill that would allow California’s burgeoning medical marijuana industry to pay its state taxes in cash without penalty. Federal law still maintains that cannabis is a Schedule I drug, so traditional banking services are unavailable to most cannabis businesses. Currently, dispensaries and other businesses that pay their state taxes in cash are charged a 10 percent penalty by the Board of Equalization for amounts over $10,000. Businesses can apply for a waiver on a case-by-case basis, but the process is “very cumbersome and time-consuming” according to one Assemblymember. If the bill, now awaiting signature from Gov. Jerry Brown, is passed the 10 percent penalty will be dropped for cannabis businesses.

LONDON, United Kingdom – A unit of Britain’s National Health Service is testing a CBD-oil vaporizer pen, legitimizing another medical use of cannabis. The MediPen has been on sale to the general public for about a year now, but this marks the first time the government-run health care system has evaluated cannabinoid vaporization. The GW Pharmaceutical spray product called Sativex, a whole plant extract of CBD and THC, has been recognized by the government for treatment of multiple sclerosis, but it is available by prescription only. “As the first consumer cannabis product to be tested by the NHS,” said MediPen managing director Jordan Owen, “we are confident that this will go a long way towards creating a properly regulated cannabis market in the UK.”

MELBOURNE, Australia – A new committee will be formed to supervise the roll out of medical cannabis in the Australian state of Victoria. In April, Victoria became the first state to legalize the use of cannabis to treat epilepsy in children. Cannabis won’t be available in raw plant form, but rather dispensed in pill, tincture, oil, and liquid formulations. The government committed $AUS28.5 million to the project which will include 16 experts to advise on which patients should next be eligible for medical cannabis. The government says the cannabis cultivation centers are on track but would not estimate when in 2017 the cannabis products will be made available to patients.

DENVER, Colorado – A new type of cannabis growing competition is set to find the best commercial horticulturalists in Colorado. The Grow-Off is the brainchild of Denver Post cannabis reviewer Sohum Shah, Hemp Box founder Samantha Sandt, and comedian Jake Browne. Each grower competing must have a commercial grow license and will receive a clone of exactly the same mother plant as every other grower. Unlike traditional grow competitions that compare various sativa, indica, or hybrid strains, growing from one mother plant will allow apples-to-apples comparisons of growing skills. Growers will be judged on terpenoid profile (how well it smells and tastes), cannabinoid profile (how much medical cannabinoid content there is), and yield (who produced the most product).

NEW YORK, New York – While marijuana arrests seem to be on the rise in New York City, the results of those arrests are less likely to lead to a night in jail. Of the 3,897 marijuana smokers caught by NYPD in the first three months of 2016, only 11 spent the night in Central Booking. The rest received desk appearance tickets and were released. In the last year of Mayor Bloomberg’s term, during the first three months of 2013, there were 7,454 tokers busted with a whopping 4,601 spend the night in Central Booking. Mayor de Blasio in late 2014 directed NYPD to use more discretion in dealing with simple possession cases, and it seems to have affected the way marijuana cases are handled.