Quick Hits: Colorado Town’s Water Not THC-Laced After All 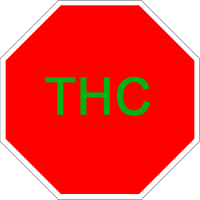 HUGO, Colorado – More extensive testing has shown that the well water in Hugo, Colorado, is not contaminated by THC after all. Marijuana experts immediately reacted to the initial news with disbelief, as THC is not a water-soluble molecule. “If THC were dissolvable in water,” remarked this reporter, “nobody would smoke a bong.” Officials now say that the initial tests were false positives, a point emphasized by marijuana experts who note that such faulty and unreliable field drug tests are used to arrest and convict cannabis consumers all across the country. In reaction to those first tests, officials called on citizens to not drink or bathe using city water.

PORTLAND, Oregon – Adults 21 and older enjoyed free marijuana product samples at the first Oregon Cannabis Fair in Portland. State laws required that the event was free to the public, because charging admission where samples are given would constitute a marijuana sale. Numerous vendors gave away samples of marijuana and cannabis infused edibles. However, weight restrictions on how much marijuana could be displayed tilted the limits against edibles producers, whose products are substantially heavier than flower. Alcohol was also not allowed to be sold or consumed on site; state law bans any cannabis consumption where alcohol is served.

SAN DIEGO, California – Researchers have published a study showing that the THC in cannabis could protect the brains of patients with Alzheimer’s disease. The study showed that THC helps in the removal of a toxic plaque that affects Alzheimer’s patients. It also showed that THC also seems to block inflammation that can cause even more damage. “It is reasonable to conclude that there is a therapeutic potential of cannabinoids for the treatment of Alzheimer’s disease,” wrote David Schubert, senior researcher and a professor at Salk Institute for Biological Studies. The news bolsters the value in cannabis as a treatment for brain disorders, with other studies showing it effective for dementia patients and protective against the effects of concussion.