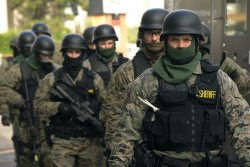 Oregon tax revenues from adult use marijuana sales have exceeded projections. Oregon collected $40.2 million in first nine months 2016, putting the first-year total at about $55 million dollars. This fortune far surpasses the estimates early estimates of backers of Proposition 91, the voter initiative that legalized Oregon adult use in 2014. Year 2017 figures may soar far higher.

While this bonanza from bud will be useful in paying for essential Oregon services, such as education, much of it is now set to be misspent. For no good reason, law enforcement will take over a third of the revenue. Worse yet, not a dollar of this marijuana money will be spent on researching the remarkable medical and commercial properties of cannabis. Oregon has the opportunity to be a national, even global, leader in exploiting this plant’s remarkable medical and commercial potential. Yet the funds available for financing this health-care and industrial leadership position are instead be squandered on already pampered bureaucracies.

These tax trends point to a boondoggle for Oregon law enforcement, suckling from the tax fund at a rate of 35%, nearly the 40% funding Oregon education. Colorado, by contrast, has funded schools to the tune of $138 million while only 2.8 million has gone to the Department of Law. So Oregon schools get slightly more than the cops; Colorado schools receive nearly fifty times the marijuana tax receipts than go to the police! As Anthony Johnson reports at Weed News,  the Colorado taxes are funding an ambitious school building program, with millions more for innovative student health and anti-bullying initiatives.

Based on a $55 million Oregon 2016 tax figure, a number I think will be low (and far lower than next year), this year’s adult use marijuana tax will generously fund all aspects of law enforcement:

Bloated police bureaucracies are left with bundles of marijuana tax lucre to spend in ways that may damage the lives and liberty of the very Oregonians who legalized the plant by voting Yes on Proposition 91 in 2014.

To what uses, we should ask, will all these funds be spent? Marijuana tax dollars should not be funding anti-cannabis police activities that prosecute Oregonians for non-existent problems. But how else will this money be spent? Law enforcement costs were predicted to rise by hand wringers because of problems associated with legalization. In fact, as proven in other legal states and now in Oregon, legalization causes few problems. Predicted plagues of traffic accidents have not happened. Use by youth has not increased. So far, Oregon’s primary problem with legalization is its inability to collect fast enough the huge tax revenues pouring in from across the state.

So there are few problems that need police attention, much less the massive enforcement that these funds may create. For example, Colorado has a rational 50 to 1 mix of education over law enforcement funding. However, The Cannabist reports that in next year’s budget, Governor Hickenlooper “also set aside $16 million in marijuana taxes for a forthcoming initiative to control the illegal pot trade operating in the shadows of the state’s legal industry.” This sounds like the makings of a major marijuana drug war against Coloradans in their own legal state. The war on marijuana needs to be ended, not sustained by the taxes of Colorado (or Oregon or California) cannabis consumers.

Another dicey recipient of this cannabis consumer-paid tax is for drug treatment. While honest drug treatment for actual drug problems can be useful, the industry maintains an outdated, unscientific approach particularly hostile to cannabis. Marijuana demonization has been highly profitable for this sometimes sleazy industry. Many who make their livings as drug counselors misclassify any marijuana use to be abuse, and totally fail to recognize the huge medical benefits this mild drug can provide. Indeed, cannabis may act as an exit drug, a safe way to help opioid users avoid addiction and overdose death.

By not providing resources and direction for studying cannabis, Oregon forfeits what could be a leadership position in some of the great industrial and health-care discoveries of the century.

Early in 2016 an Oregon senate task force released a powerful proposal for an Oregon Cannabis Research Institute. The document SB 844 Task Force Report:Researching the medical and public health properties of cannabis, is a remarkable read. The report discloses the staggering potential of medical cannabis to hugely help humankind against dozens of maladies. The list is so impressive it is nearly an embarrassment of health riches.

An Oregon Cannabis Research Institute could absolutely put the state in the catbird’s seat to what may well become a cannabis-based healthcare revolution. The Big Pharma “healthcare” model is sputtering, researching products that provide long-term use, not cures, e.g. toenail fungus or  drugs that attempt to alleviate the side-effects of other pharmaceuticals. On the other hand, research on cannabis and it marvel molecules THC, CBD, THCV and others with their antioxidant, anti-tumor, anti-epileptic, anti-inflammatory and neuroprotective properties offer fundamental new findings and new medical knowledge.

Important commercial innovations also need research and development, roles perfect for Oregon state institutions, if only funded. In addition to its medically useful cannabinoids, cannabis may be produced into thousands of carbon-neutral products fulfilling important needs. The use of hemp in highly nutritious food, innovative fibers and building materials, fuel, and a huge number of other ways helpful to humankind and to the environment should be major courses of study in the state’s universities and community colleges.