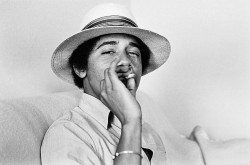 Startled by high numbers of American deaths from opioids, the Obama administration’s Attorney General Loretta Lynch has again declared an offensive. Her plan of action: alert the 94 federal prosecutors to gear up for more of the same war on drugs. This time, physicians who oversubscribe opioids (in the DEA’s suspicions at least), are prime targets. Yet again, no thought was given to harnessing  medical cannabis as a far safer alternative.
The epidemic of opioid addiction and death should be resetting the war on drugs. The statistics are harsh: from the year 2000 to the present, opioids deaths have quadrupled, to over 28,000 per year. Deaths (usually suffocation) from opioids now outnumber automobile fatalities. Americans opioid users are so numerous, they now have their own new pharmaceutical drug for counteracting an opioid side effect. Read about it in MarijuanaPolictics.com, at “Opioid-Induced Constipation”: Big Pharma More Interested in Treating Your Bowel Movements Than Saving Your Life.
Regarding the drug war in general, the supremely ludicrous truth is that now drug overdose deaths are at an all-time high. Is this an acceptable outcome for a 45 year, trillion-dollar war on drugs? For this colossal failure, the DEA should be bum-rushed out the door.  Instead, we are now essentially offered more of the same war on drugs by an oblivious Department of Justice and Obama administration.

Especially in the context of the opioid crisis, marijuana is a medicine that is saving lives. Cannabis can help prevent, weaken, and even end opioid addictions. Cannabis-based solutions to the opioid problem are becoming more and more obvious to everyone except the drug warriors. Increasingly, headline shout the connection:

(The respiratory depression referred to is the reduction and often cessation of breathing. All too frequently the overdosed opioid user stops breathing, resulting in another death. Cannabis, on the other hand, cannot stop breathing, has no serious overdose, and has caused zero medical deaths in the thousands of years of its use.)

Even former prosecutor and anti-marijuana Attorney General hopeful,  Chris Christie, seems to have seen a little light, enough at least to allow him to sign a New Jersey bill giving access to medical marijuana to those suffering from PTSD from the 911 attacks.

Regarding the bogus Schedule I classification for both marijuana and heroin, the irony is compelling; the falsely scheduled cannabis can save the lives of those afflicted by an actual Schedule I drug, heroin. That is a powerful medical use right there for cannabis, belying the Schedule I criterion, “with no medical use.”

With this avalanche of insight that medical cannabis is a viable solution to opioid addiction and death, it is puzzling that Obama’s initiatives have ignored this resource. But yet again the president gives the justice department the lead role in intervening in what is basically a public health problem. Joining the prosecutors were representatives of addiction recovery services, a group notoriously dishonest about cannabis.

Nowhere to be seen nor heard were advocates of medical cannabis as preventatives and far safer pain relief alternatives to addictive and death-inducing opioids. Apparently, the administration finds it politically incorrect to even consider medical marijuana as a solution for anything. Just as in the case of Joe Biden’s moonshot cancer initiative, where, in spite of powerful evidence showing the tumor fighting properties of cannabis, no mention or thought was given to medical marijuana.

The Obama administration’s strict politically correct anti-marijuana line is blatantly anti-science and wounding to public health. And it is no longer even politically correct. A majority of Americans now believe marijuana should be legal for all adults; an overwhelming majority feel cannabis should legal medically. The Obama administration, most of the congress, and self-serving bureaucracies such as the DEA are decades behind the American public. Their obsolete and dishonest approach will lead to more American lives lost to opioid addiction and death.