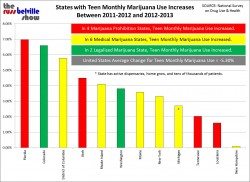 There now exists here in Oregon an affiliate of Kevin Sabet’s Project SAM, the ironically-named Smart Approaches to Marijuana, where the “smart approach” is to maintain adult marijuana prohibition but soften the penalties a little bit. I like to call it the “Kinder Gentler Drug War” approach.

The head of this new prohibition group in a legalized marijuana state is named Randy Philbrick. I found myself arguing with him on Twitter, via his @PDXRandyLee and @SAM_Oregon handles. At one point, he states that “the fact still stands that teen use [of marijuana] is up in colorado since 2012.”

This is a rhetorical ploy prohibitionists play with stats that I like to call the Island Maneuver. It’s a type of cherry picking where they’ll find a terribly scary statistic and present it all alone with no context. I called him on it and that’s when he responded with “yeah yeah yeah, I know. You’re going too throw up your Stat sheet showing La being the highest among prohibition states.” 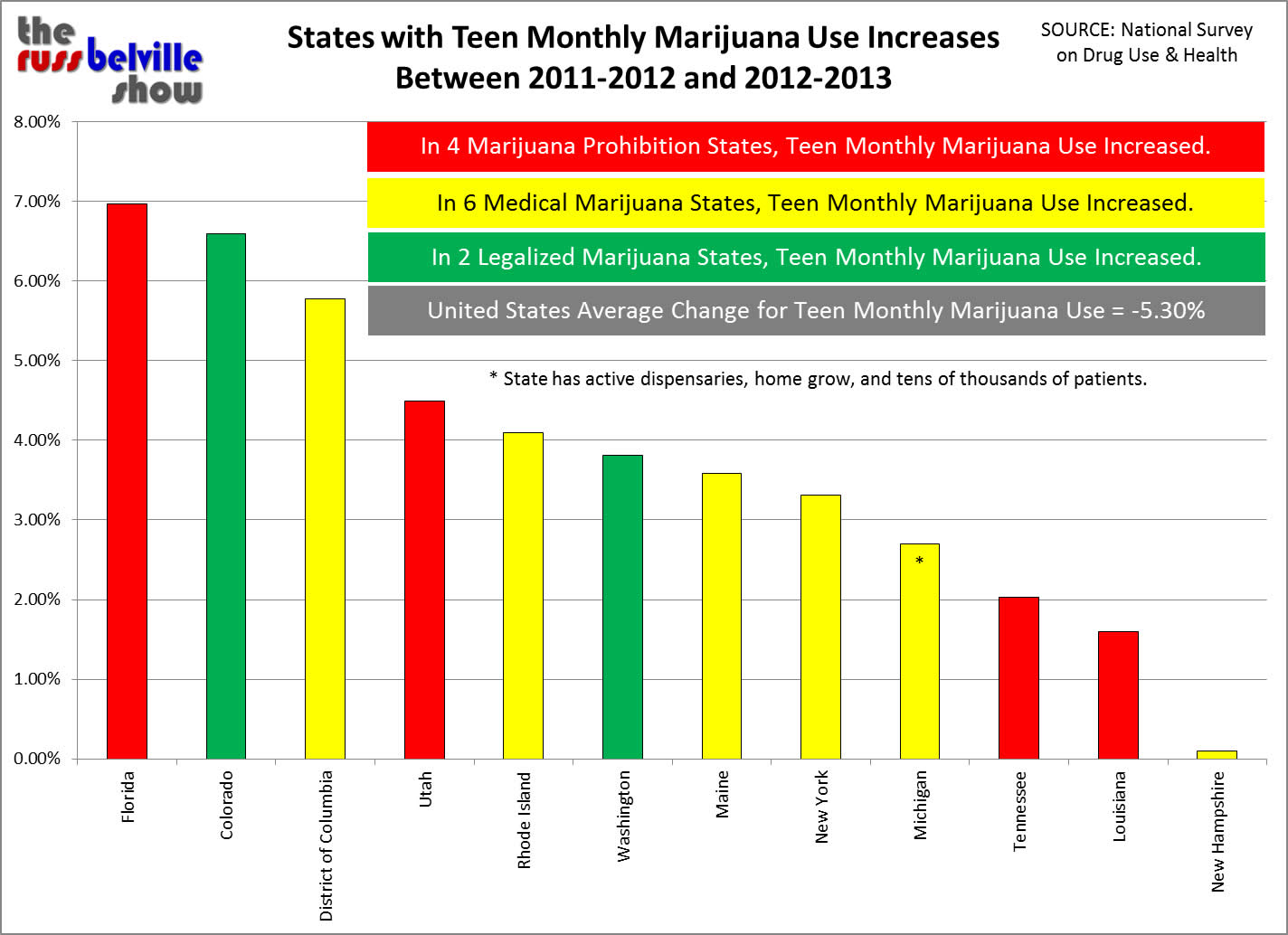 Ah, says the prohibitionist, but monthly use rates in Florida and Utah are 7.52% and 5.35%, respectively, while rates in Colorado and Washington are 11.16% and 9.81%, respectively. See, legalization makes more kids use marijuana! In fact, all of the top twenty states for monthly teen use are either legalized or medical marijuana states!

Except that Colorado and Washington and the medical marijuana states in the top twenty always had greater use of marijuana by teens, even before their laws changed. It’s not that marijuana reform makes marijuana popular; it’s that where marijuana is popular, marijuana reform has more support.

If the prohibitionists want to fixate on the top twenty states for teen monthly marijuana use, maybe they should try to explain why in 12 of them, monthly teen marijuana use declined, including double-digit declines in California, Alaska, and Massachusetts. 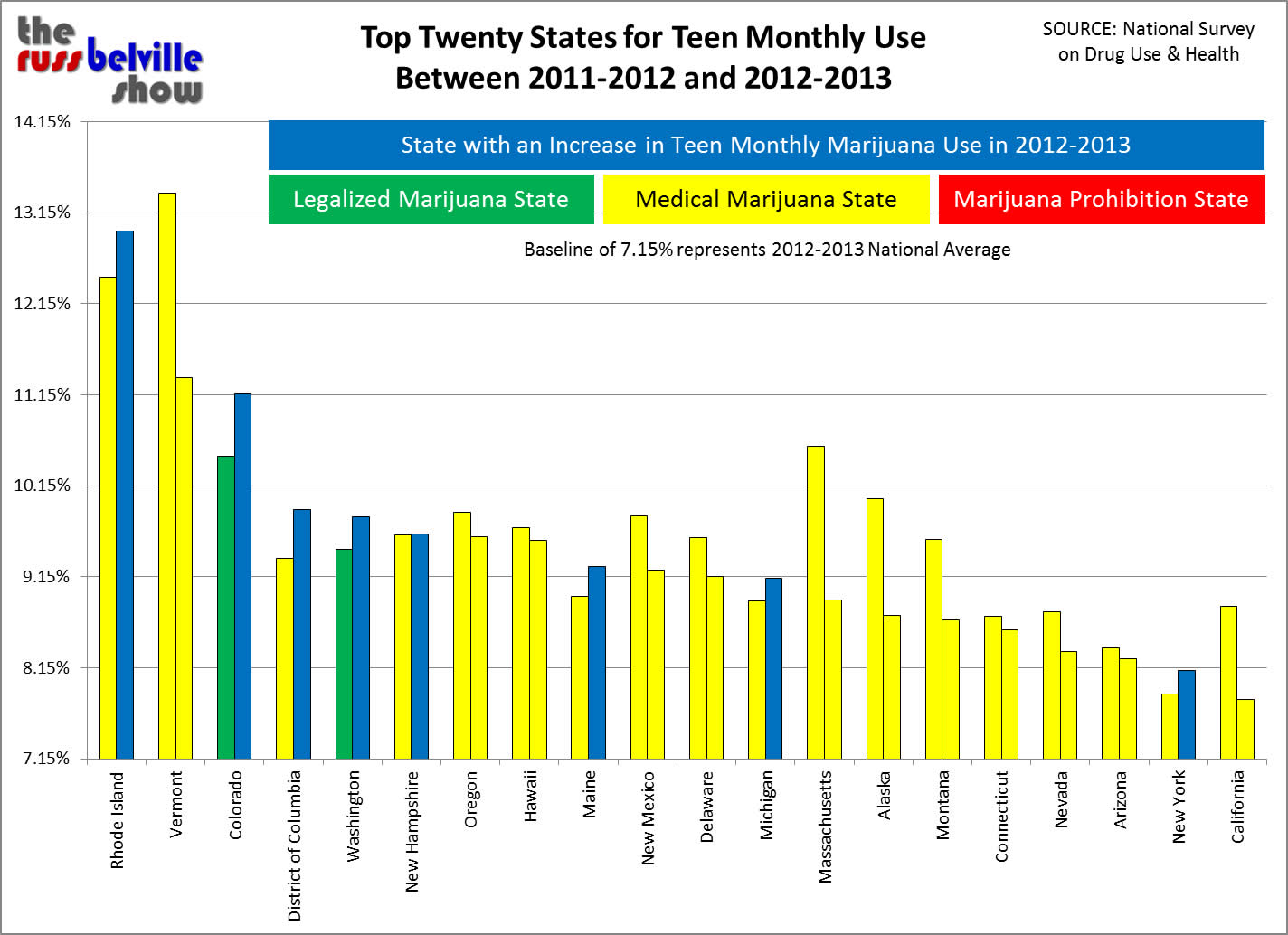