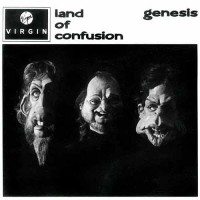 When House Bill (HB) 3400 was signed in to law by Oregon’s new Governor, Kate Brown, on June 30th, 2015, which regulated and restricted the Oregon Medical Marijuana Program (OMMP), patients expected to be able to study the 111 page document and plan for how to operate legally. Typically bills that change state laws will stipulate several months or multiple years before implementation which helps people learn the new changes and plan accordingly. These changes have major implications to the people in the OMMP who would be committing a crime if they are ill-informed.

Northwest Alternative Health which runs medical marijuana clinics is one of my clients and I am in charge of helping run their Eugene clinics.  The last time there was a change to the medical marijuana program was when the state added a reduced rate for an OMMP application for veterans deemed 100% disabled or receiving 100% pension by the VA. When this change occurred, a letter was sent to OMMP clinics to inform us of the change.

Roughly two months after HB 3400 was signed, medical marijuana patients who signed up after July 1st, 2015 started receiving letters from the OMMP stating that they needed to submit a grower residency form. Clinics, patients and growers were caught off guard wondering why the OHA was implementing this part of the bill so early. HB 3400 states on page 109 Section 173. (2) “the authority may not require proof of residency for any person whose name is included in the application for renewing a marijuana grow site registration or renewing a medical marijuana dispensary registration until January 1, 2016.”  This means the OHA could have waited until January 1st 2016 to institute grower residency rules but they chose to do it on the earliest possible date. The OHA decided the rule went into effect July 1st 2015 with no warning, which was the day after the Governor signed the bill.

This hasty implementation caused a 2+ month delay in processing cards which means patients that relied on dispensaries had to wait to get medicine. Many of those patients had only been prepared for a month delay as was the usual time it took to process cards.  Dispensaries were used to 1/12 of their patients being ineligible to shop as they waited on their card to be processed. It was especially harmful to medical only dispensaries and those who process concentrates, edibles, tinctures and topicals because 1/6th of their customers were ineligible to shop. Meanwhile patients paid a significant amount of money to the state for the ability to shop at dispensaries and felt that they were being taken advantage of by the state.

December 30th I received a phone call from a patient in our co op named Randy who was told by his clinic that they are looking into whether patient residency requirements would go into effect January 1st. This particular patient is the Pastor in his church, a veteran and a cancer survivor. If patient residency was to be implemented, then his money was going to be wasted at the clinic. According to the helpful clinic employee named Tracy at Portland Alternative Clinic, they had been calling the OHA about when residency for patients is implemented. They were being told different things but seemed resolute that residency went into effect 1/1/16. So I did some research.

Section 80a starts on page 32 and ends on page 37. Page 34 pertains to patient’s registry identification cards which continues on page 35 “(2)(d) Proof of residency, as required by the authority by rule.” This section goes into effect March 1st. I contacted the OHA myself and offered to send an email highlighting the part of the law explaining implementation but the OMMP conceded to me that they understood now that the date of implementation is March 1st. There is still a question of whether they tried to correct themselves to all clinics.

Now that I have examined the language again, I’m convinced that the strictest interpretation of HB 3400 is that patients will have to provide “proof of residency, as required by the authority by rule” which means they don’t have to prove that their residency is in Oregon. Because they know the legislature intended for patients to prove Oregon residency they are clearly not going to interpret this law strictly even though it would benefit patients to do so.

Another patient who would benefit from a literal interpretation is Remie Ellett. Remie lives in Utah. Her mother Sarah came to Oregon to help her daughter obtain whole plant cannabis medicine legally. Remie’s health improved dramatically after starting medical marijuana treatments and was finally able to eat and drink like a normal person. Click on Remie Ellet’s name at the beginning of this paragraph to see Sarah tell Remie’s story. Sarah is under the impression that Remie is not allowed to be a patient now because she lives in Utah. Apparently the clinic she was going to was under the impression that patient residency implementation started January 1st. This begs the question, did the OHA inform clinics that the residency starts March 1st? And if not, why?

I’m not normally one to speculate as to why the OHA seems to be strict in their interpretation of laws surrounding the OMMP (except for patient residency) but after two mistakes that hurt patients I have to look into this possibility and ask the question, why? Is the OHA ashamed of the OMMP? I have always wondered why the OMMP does not have a link on OHA’s website. The only mention of marijuana on OHA’s main page comes from the scrolling pictures at the top of the page. The third picture is regarding marijuana, but not the Oregon Medical Marijuana Program which is run by the OHA. It seems to encourage people to look into adult use marijuana run by the OLCC, a different agency. The fine print on the right of the picture leads to a page that finally mentions medical marijuana, but this information is not prominently placed.

At a time when so many changes are in process for their medical marijuana program I would expect to have more alerts on the main OHA page, especially considering so many laws and rules are changing that could lead to uninformed people committing crimes unknowingly.  I would prefer an Oregon Health Authority that champions it’s medical marijuana program. The people of Oregon organized to pass Measure 67 in November 1998 which legalized medical marijuana. Then our people voted not to change medical marijuana as it stated three times in Measure 91 in November 2014. I would like to see an Oregon Health Authority that respects the OMMP as much as the voters. Because the OHA has already “bungled” implementation of residency requirements twice, and there is enough evidence to suggest the OHA is embarrassed of the OMMP, we will have to be especially vigilant to protect OMMP patients from harmful changes to the program.
After tomorrow’s OHA Rules Advisory Committee Meeting we will need to take this fight for patient’s rights to the Oregon legislature.

Sarah Duff is a longtime cannabis law reform advocate that has helped successful measures qualify for the ballot in both Oregon and Missouri. Mixing activism with a socially conscious entrepreneurial spirit, Sarah co-owns Duff Johnson Consulting, a company that helps assists patients, cultivators, clinics, dispensaries and other businesses comply with Oregon cannabis laws. Sarah also produces medical marijuana products, including tinctures and lotions, through her Freedom Fighter Farms line that donates a portion of proceeds to charity and those in need.