Marijuana and the Environment: Regulation Needed 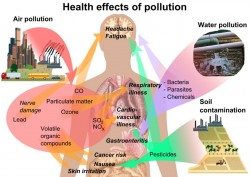 The arrest and citation of marijuana growers, providers and consumers across the country is a vast drain on our nation’s limited resources. In Oregon, a state with rather progressive cannabis laws, the state still arrested and cited more than 10,000 adults for marijuana every year, something that will thankfully end as the state’s voters have chosen to legalize cannabis use and its commercial production. Despite prohibitionists’ claims that those 10,000-plus arrests and citations really didn’t take any time, Oregonians wisely saw through the ruse and chose to better prioritize the Beaver State’s law enforcement time and resources.

Across the United States, police arrest someone for marijuana every 42 seconds, taking valuable time away from battling real crime, such as robberies and murders. Additionally, all of these arrests, mainly for victimless “crime” of marijuana possession, takes time away from finding large-scale grow operations that are actually harming people by polluting land and water.

Pollution from marijuana grow sites are causing issues in California especially. From an AP story published by the Weather Channel:

“People are coming in, denuding the hillsides, damming the creeks and mixing in fertilizers that are not allowed in the U.S. into our watersheds,” Denise Rushing, a Lake County supervisor, told the Associated Press. “When rains come, it flows downstream into the lake and our water supply.”

“We knew people were diverting water for marijuana operations, but we wanted to know exactly how much,” said Scott Bauer, the department biologist who studied the pot farms’ effects on four watersheds, told the Associated Press.  “We didn’t know they could consume all the water in a stream.”

While many operating both in the illegal and gray marijuana markets may be resistance to rules and regulations, such compromises must be made to prevent serious voter backlash or federal intervention. The cannabis community has a long history of compassion and a passion for sustainability; this goodwill is threatened when our land and water is being polluted. Common sense regulations can protect licensed farmers, our environment and end wasteful and harmful arrests. Without regulations, more lives will be needlessly ruined and the environmental implications could become deadly. Let’s all move forward to sensibly legalize and regulate cannabis for the benefit of all.