Industrial Hemp Could Be Coming To Pennsylvania 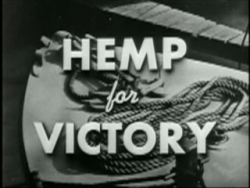 Hemp reform has been a hot topic of discussion amongst lawmakers all over the United States, and Pennsylvania is no exception. There is a bipartisan effort to legalize hemp in Pennsylvania during this legislative session. If successful, Pennsylvania would join a growing list of states that have passed hemp reform. Per PennLive.com:

Senate Bill 50 would allow the cultivation of hemp through research programs at colleges and universities. It’s sponsored by Sens. Judy Schwank, D-Berks, and Mike Folmer, R-Lebanon, two of the supporters of medical marijuana legislation that itself may see passage this year.

“From paper to fuel, clothing to biodegradable plastics, the return of industrial hemp would give Pennsylvania’s farmers the opportunity to grow an in-demand crop that benefits tens of millions of people all over the world,” Schwank said, in a written statement.

Hemp, a member of the cannabis species, contains very low levels of tetrahydrocannabinol, the substance that leads to the high smokers feel from marijuana.

Whether it be at the local level, or better yet state level, hemp reform is a growing topic in Pennsylvania. Pennsylvania farmers are hardworking, honest people that deserve to help their families by growing a harmless crop that can be used in thousands of ways.

A person literally would have to smoke a hemp joint the size of a telephone pole in order to become intoxicated. Hemp cannot be used to hide marijuana plants because cross pollination would ruin the marijuana plants. So what is the big deal Pennsylvania lawmakers, and what are you waiting for?