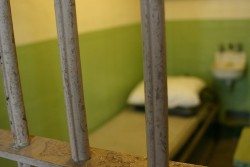 Deputy Attorney General Sally Yates announced that the feds will cease using private prisons. Yates wrote that the private prisons “simply do not provide the same level of correctional services, programs, and resources; they do not save substantially on costs; and as noted in a recent report by the Department’s Office of Inspector General, they do not maintain the same level of safety and security,” according to the Washington Post. The Department of Justice will not renew the contracts of thirteen private facilities housing federal prisoners, or cut back the scope of the contracts with the goal of eventually eliminating them altogether. Those facilities house over 22,000 prisoners. In 2014, the Bureau of Prisons spent $639 million on the facilities run by Corrections Corporation of America, GEO Group, and Management and Training Corporation.

Four Colorado doctors accused of over-recommending medical marijuana have had their suspensions upheld by a judge who had previously blocked the suspensions. The Denver Post reports that the four doctors have recommended more than 75 cannabis plants for each of over 1,500 patients. Colorado medical marijuana law caps a patients’ personal cannabis grow at six plants, but doctors can override that cap for patients truly in need. The doctors may not currently practice medicine and must now fight their case through administrative hearings with the State Medical Board.

A new report from the West Virginia Center on Budget and Policy claims the Mountaineer State could reap $26 to $45 million annually by legalizing marijuana. The Charleston Gazette-Mail reports that an additional $116 to $194 million could be generated by out-of-state residents coming to West Virginia to buy marijuana. West Virginia lacks any mechanism of citizen initiatives and recent attempts at medical marijuana and decriminalization have failed repeatedly in the legislature.