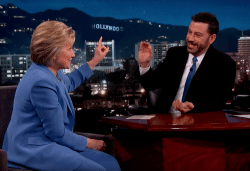 The racist Drug War, especially the war waged upon the cannabis community, is clearly losing support from the American people. The success of the cannabis law reform movement is evident at the ballot box, public polls and the 2016 presidential election, especially on the Democratic side. On the Republican, side the three remaining candidates are states’ rights supporters, but the Democratic candidates seem more willing to support positive change.

Bernie Sanders is the most progressive on the issue as he supports ending the federal marijuana prohibition altogether. The Vermont Senator has surprised the political establishment, winning 11 states outright (along with Democrats voting abroad) and “virtually tying” in four others, while setting records for the number of individual contributions. Sanders’ success thus far is already a victory for cannabis legalization advocates. Front-runner Hillary Clinton’s position on cannabis has already moved more progressive from her previous stance during her 2008 primary run and she seems to have even evolved a bit more during the 2016 campaign.

In 2008, Clinton openly stated her opposition to decriminalization, but supported medical research and was open to states moving forward with their own medical laws. At the beginning of the 2016 presidential primary, Clinton stated that it’s important to allow states to implement their own cannabis laws and that she supported rescheduling marijuana from a Schedule I federally controlled substance down to Schedule II.

When asked about why she didn’t agree with Bernie Sanders on decriminalizing marijuana federally, Clinton seemed to have evolved a bit, in her rhetoric at least, in that she comments that states that have legalized marijuana for medical and recreational use need “to be supported” and that she favors lowering the schedule classification of marijuana (NOT pigeon-holing marijuana at Schedule II). While these comments may seem subtle, or even irrelevant to many, they could mean a significant step in the right direction.

Allowing states to legalize marijuana without federal interference in 2008 was about as good a policy as cannabis law reformers could expect from a mainstream political candidate. In 2016, while the time has come to end prohibition altogether, supporting states that have legalized marijuana by changing tax and banking laws would be a great move in the right direction. Rescheduling cannabis to Schedule II has some benefits, it is mostly a symbolic gesture, while lowering marijuana even further, to Schedule V, or potentially off the list altogether, is much more valuable.

Like most politicians, Hillary Clinton has evolved on issues before, marriage equality is a recent example, so it is good to see her seemingly moving more progressive on cannabis. Now, her interview was just ahead of states that have legalized marijuana, Washington and Alaska, and many other states with liberalized marijuana laws are up ahead, such as Oregon and the delegate-rich state of California, so we always have to be wary of politicians pandering. Also, marijuana legalization is extremely popular with younger voters that have thus far flocked to Sanders’ campaign. As advocates we should welcome positive statements AND hold our elected officials to those statements.

There is a good chance that Hillary Clinton will be the next president of the United States. And if so, it is imperative that voters hold her accountable to her progressive statements on cannabis, and a whole host of issues. It has been pointed out that Hillary Clinton sounds more and more like Bernie Sanders as the campaign progresses, and if she could join him in supporting the repeal of the racist (and classist) policy of cannabis prohibition, then that would be a very positive evolution.

Does it seem that Hillary Clinton is evolving on cannabis? Check out her latest statements on marijuana on the Jimmy Kimmel show and see for yourself: