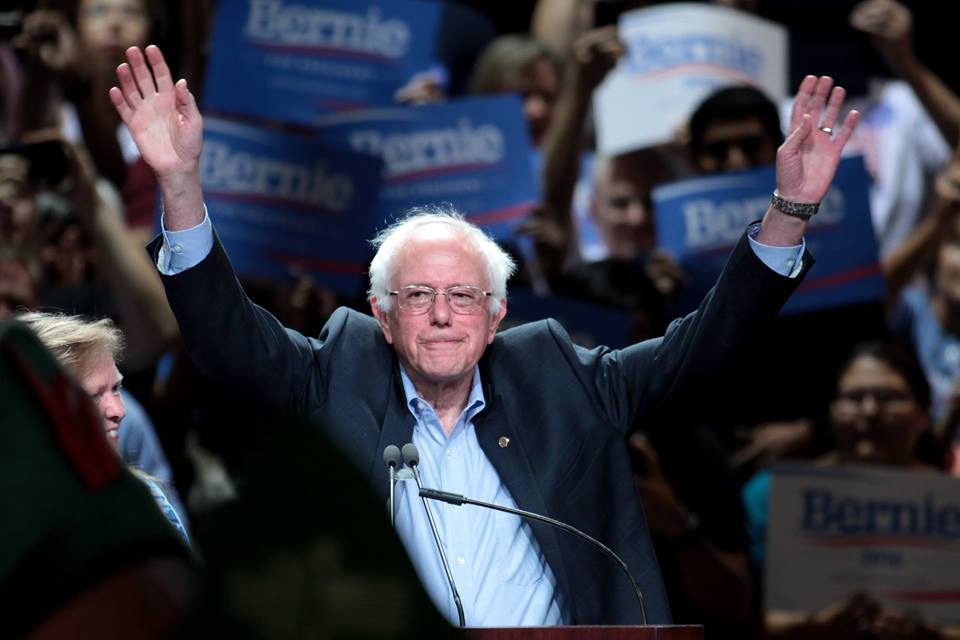 Bernie Sanders has increased his lead on Hillary Clinton in New Hampshire according to the latest NBC/Marist poll. The progressive insurgent candidate that many cannabis law reform advocates have rallied around, has been the target of criticism from Clinton surrogates in recent day. Sanders responded that Clinton’s campaign must be “nervous” if they are taking shots at him.

According to the NBC/Marist poll, the Vermont Senator leads the former Secretary of State, by 9 points in the first primary state of New Hampshire. NBC reports:

Bernie Sanders has jumped out to a nine-point lead over front-runner Hillary Clinton in New Hampshire, and he’s gained ground on her among Iowa voters in the Democratic presidential race, according to a pair of brand-new NBC News/Marist polls.

In New Hampshire, the Vermont senator gets the support of 41 percent of Democratic voters, Clinton gets 32 percent and Vice President Joe Biden gets 16 percent. No other Democratic candidate receives more than 1 percent.

Back in July’s NBC/Marist poll, Clinton was ahead of Sanders in the Granite State by 10 points, 42 percent to 32 percent, with Biden at 12 percent.

These polling results are good news for Sanders and the cannabis law reform advocates that support him. Sanders’ proposed bill to abolish private prisons and willingness to legalize marijuana at the federal level have drawn cannabis activists to his cause. Clinton has not been in line with the Democratic base, or the independents that are likely to vote Democrat, on sensible cannabis laws, even opposing decriminalization in 2008. Fortunately, like many candidates, Clinton seems to have moderated her view; cannabis advocates will certainly continue pushing her to evolve her cannabis policy, aided by Sander’s surge. With the fate of four states’ legalization laws on the line, not to mention the twenty-plus medical states and the new states that will liberalize their marijuana laws in 2016, this presidential election is vitally important to the cannabi community. Recent polls, both on presidential candidates and marijuana law in general  demonstrate good news for the cannabis community and our momentum shows no signs of slowing down at this point.