Yes, There Are Such People As “Social Tokers” 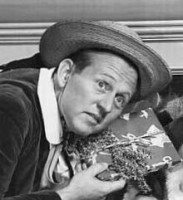 Yesterday I noted Gov. Scott Walker of Wisconsin and his belief in the “gateway theory”. Today, I’ve got to comment on another tired old cliché he repeated to the press.  Speaking to the media following a meeting with the Badger State Sheriffs Association, the governor explained how ethanol use is socially acceptable, but cannabis use is not:

“Now there are people who abuse (alcohol), no doubt about it, but I think it’s a big jump between someone having a beer and smoking marijuana,” he added.

This is the old “drinkers consume to be social, tokers consume to get high” rationalization, and it is well over forty years old now. It is a mindset espoused by the father of the modern drug war, Richard Nixon, in this conversation recorded on the Nixon Tapes between the president and TV personality Art Linkletter, an early anti-drug crusader:

Linkletter: “Another big difference between marijuana and alcohol is that when people smoke marijuana, they smoke it to get high. In every case, when most people drink, they drink to be sociable. You don’t see people –”

Linkletter: “They sit down with a marijuana cigarette to get high –”

Nixon: “A person does not drink to get drunk.”

Nixon: “A person drinks to have fun.”

Nixon: “Smoke marijuana, er, uh, you want to get a charge of some sort, and float, and this, that and the other thing.”

Sorry to break it to Gov. Walker and the late President Nixon, but I’ve been to the wedding receptions where people are sitting around smoking marijuana. Wouldn’t they be surprised to learn that adults who are gathered in a small circle passing around a joint are, in fact, being incredibly social?

I’ve always felt that this myth owes to two circumstances: the lack of differentiation about what “high” can be and the effect marijuana can have on a new initiate.

Think about how many words you can come up with as synonyms for alcohol consumption. Drinking is a spectrum that begins at “socializing” and runs through “tipsy”, “buzzed”, “partying”, “drunk”, “hammered”, and ends at “passed out”. People understand there are levels of ethanol intoxication and see the first few levels as not only socially acceptable, but a civil right of responsible adults.

Then there’s marijuana consumption.  To most people, there is “not smoking marijuana” and there is “getting high”.  They can perceive of no gradients between abstinence and something they perceive as like getting drunk.  Any pot smoking is as socially reprehensible as chugging wine from the bottle at the party solely to get drunk.

Part of why some people don’t perceive any gradients is because for those who have tried marijuana just once or twice, there are no gradients.  While ethanol consumers can develop tolerance, a great deal of how drinking will affect a person depends on how much they drank and how big they are.  For the new drinker, there is a detectable range of effect between the first beer and the sixth.

But with marijuana consumption, tolerance has a great deal to do with developing those gradients between abstinence and “high”.  I am a daily marijuana consumer.  If I smoke a puff off a joint, I’m going to feel that to the same extent as a daily drinker is going to feel the alcohol in his mouthwash.  To get to the “high” level, I’m going to have to load up a couple of large dabs of concentrate or eat all of a powerful pot brownie.  There are many levels in-between for me, like “socializing”, “relaxed”, “lifted”, “high”, “couch-locked”, “overmedicated”, and ends at “passed out”.

That new marijuana consumer without any tolerance, however, has a very short distance to go from “socializing” to “high” to “passed out”.  For many, that single puff on a joint took them straight to “high”, they didn’t like it, and they never consumed marijuana again.  But that memory lingers and they figure everyone who is smoking pot still goes from sober to high in one or two puffs.

Gov. Walker, though, isn’t relating to that as much as he is the illegal nature of marijuana consumption.  The shocking thing about marijuana at the wedding reception is only the illegal status of it; plenty of people at the reception are consuming ethanol and nicotine.  As marijuana continues its inexorable march toward legalization, socializing with cannabis will become more acceptable, and Scott Walker will join George Wallace as governors whose prejudiced views were on the wrong side of history.