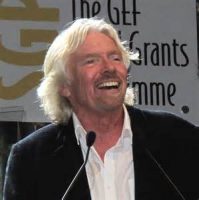 The United Nations General Assembly is running a Special Session, UNGASS 2016 in April.

The purpose is to examine (hopefully) the institution’s drug policies. Sir Richard Branson, Warren Buffet, Bernie Sanders, and 1,000 other leaders have pleaded for needed change in a powerful letter to the U.N.

The UN’s positions on drugs for the last half century have been dangerously draconian. Its conventions on drugs, much like those in the USA, did not come from rational analysis of possible threats and treatments of various drugs, but were enacted simply by cynical political and bureaucratic motivations.

Such injustices coming from this supposedly beneficial international institution caused British entrepreneur and adventurer, Sir Richard Branson, and 1,000 other luminaries to address UNGASS2016 by letter. They asked for sane drug policies, not more of the same harm maximization approaches. The letter states:

The reform-minded signers criticized especially the criminalization built into the UN drug conventions, and into the mindset of UN drug officials themselves:

The role of criminalization and criminal justice must be limited to the extent truly required to protect health and safety.  Leadership must come from those who recognize that psychoactive drug use is first and foremost a matter of health.  Drug control efforts must never do more harm than good, or cause more harm than drug misuse itself.

Humankind cannot afford a 21 st century drug policy as ineffective and counter-productive as the last century’s.  A new global response to drugs is needed, grounded in science, compassion, health and human rights.

The list of leaders that signed on to this eminently common-sense document is impressive. Sir Richard Branson is one of the smartest, richest, and certainly one of the coolest people on the planet. The billionaire British entrepreneur has long fought the injustices and stupidity of the war on drugs. Sir Richard was joined by fellow philanthropist Warren Buffet, and presidential candidate Senator Bernie Sanders. Oregon was well represented in the letter. Among the signatures of six senators is that of Jeff Merkley. Oregon Congressman Earl Blumenauer is one of 27 from the House of Representatives. At the state level, Representative Ann Lininger is a signatory.

So with all this great advice from esteemed world leaders is drug policy reform a given at UNGASS 2016? Not at all. In fact, the deck is stacked by the same repressive UN offices and officials that have stifled change for decades. The UN’s Office on Drugs and Crime (UNODC), based in Geneva, is headed by Russian bureaucrat and prohibitionist Yury Fedotov.  See UN Conventions Against Cannabis Are Crimes Against Humanity.  Another hardline UN office, also based in Geneva,  is the  International Narcotics Control Board (INCB). See UN Bureaucrats Promote Drug War Tyranny.

The UNOCD’s Fedotov, essentially the UN’s drug czar, is infuriated by cannabis legalizations in states in the USA, calling them incompatible with the UN drug conventions. Americans and others may ask why is a Stalinist Russian enforcing a draconian drug policy for the rest of the planet? Perhaps instead of being based in an ivory tower in Switzerland, the office might be better served located in Sinaloa, Mexico, near drug war damage ground zero.

Unfortunately, the repressive, criminalizing policies of these hardline countries and bureaucrats, led by Fedotov, may have the upper hand and are well positioned to crush desperately needed drug policy reform at UNGASS 2016. Preparatory proceedings seemed designed to hold the line against reform, but we will see. The proceedings will probably be ignored by main stream media, so watch MarijuanaPolitics.com for more coverage.