UN Conventions Against Cannabis Are Crimes Against Humanity

Humankind has benefitted from using cannabis as medicine and for basic provisions for at least 6,000 years; for less than one percent of that time, the United Nations has declared such uses illegal.

The UN’s rigidity in clinging to patently false dogma and denying humanity use of this beneficent plant is a true crime against the humanity the agency is supposed to serve.

Cannabis first become illegal across the planet in on March 31, 1961, when the Single Convention on Narcotic Drugs was signed at the UN building in New York City. This convention was followed with another in 1970, mainly to include psychedelics, and then again in 1988 to promote shared asset freezing and forfeiture.

This international prohibition of cannabis, like the American laws of 1935 banning the plant, were the product not of careful analysis and scientific consideration, but stem solely from cannabigotry and bureaucracy.

Regarding the cannabigotry, the UN convention relied on input from the likes of the Bureau of Narcotics Henry Anslinger, the evil propagandist who used false horror stories about marijuana use by minorities to successfully promote marijuana prohibition. An example:

This marijuana causes white women to seek sexual relations with Negroes, entertainers, and any others. …the primary reason to outlaw marijuana is its effect on the degenerate races.

Another major contributor to the Single Convention was Pablo Osvaldo Wolff.  Cannabis, Wolff had written that cannabis “changes thousands of persons into nothing more than human scum.”

This dishonest and bigoted scheduling of cannabis, both in the USA and across the globe, robbed the planet’s citizens of one of nature’s best resources for increasing human health and well-being.

Humans have always used cannabis, particularly for its powers as a natural medicine. For pain relief alone, cannabis sativa became one of ancient people’s favorite plants. Combined with the fact that the plant’s seeds and oil are perhaps nature’s most nutritious food, marijuana has been exploited by most societies at most times in human history. 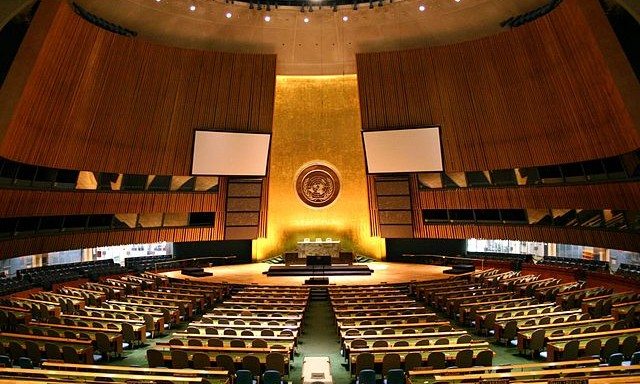 What right does the UN have to deny the planet’s people with this long used source of basic needs?

Beyond denying resources for personal sustenance, the UN’s restrictions on hemp and cannabis economic activity are economically and environmentally immoral.  Three billion people shared the planet when cannabis was made illegal; now over twice as many crowd the earth.  Humanity desperately needs the carbon-neutral gift of cannabis as a perfect food, as a source for fuel, as clothing and building materials. Cannabis presents humankind with literally tens of thousands of beneficial uses.

Your rights as an American (or citizen of another of the 180 sig natories) to medical cannabis and to a rational public policy on marijuana are directly challenged by these ancient UN conventions, and by UN bureaucrats. Nowhere in the US Constitution does it say that as an American citizens, your health care choices should be decided by foreign bureaucrats, but that is precisely what is happening.

The United Nations’ main drug office is named, tellingly, the United Nations Office on Drugs and Crime. Thus drugs are lumped with crime in the very title of the UNODC.   The agency’s executive director, Russian Yury Fedotov (pictured above) oversees a tyrannical, regressive drug control policy. Rejecting harm reduction, he rigorously fends off calls for changing the office’s hard line policies. Indeed, his office is charged with discouraging signatories’ activities that deviate from this prohibitionist stance; legalization efforts, such as in the United States are discouraged and called in violation of international treaties.

Cannabis can help feed, heal, fuel, and clothe the world. The United Nations should be trying to help the planet’s people better use this basic resource. The bigoted, bureaucratic conventions against cannabis do just the opposite. They should be radically changed. Opportunities for such changes are coming up soon: