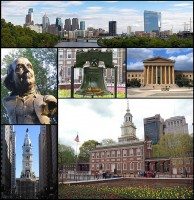 It simply makes sense that decriminalizing marijuana saves money and better prioritizes law enforcement resources. Many localities and states, large and small, have wisely decriminalized cannabis, without the sky falling. Oregon was the first state to end criminal penalties for personal possession back in 1973. Wichita, Kansas, is the latest locality, even though the Kansas’ Attorney General is unwisely challenging the voter-passed measure in court. Philadelphia became the largest city to make marijuana possession a civil infraction last October and the city is already experiencing benefits. From the Daily Caller:

Last year, Philadelphia decided to decriminalize marijuana, dropping the consequences to a simple fine for possession. That decision appears to have saved the city $1 million dollars over a very short period of time.

Countless thousands of hours of police time have been saved. Based on a study from the RAND Corporation showing that a single custodial arrest costs the city $1,266 dollars, Philadelphia may have saved $1 million from January to March of this year, compared to 2013.

On a state-wide level, Pennsylvania Governor Tom Wolf also supports the decriminalization of marijuana, since according to Wolf, the criminal justice system ruins families and makes it difficult for people to find employment.

Local decriminalization measures are a great way to kick start a state’s cannabis law reform efforts. Ending costly arrests immediately save money and allow police to go after real criminals. Once a city experiences more money in its coffers and the prohibitionists’ predictions of marijuana mayhem doesn’t occur, then more cities and potentially the entire state looks to duplicate the success. And once voters can see that people can use marijuana responsibly, legalization becomes more likely as every budget can use additional revenue.