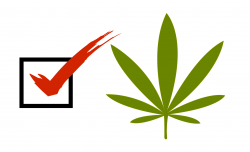 Wichita sent shockwaves (I couldn’t resist, Go Shockers!) across Kansas, decriminalizing small amounts of marijuana on Tuesday. Despite threats from Kansas Attorney General Derek Schmidt who called the proposal unconstitutional and threatened to sue the city if the law passed.  In a conservative state like Kansas, change at the city level can only help move the state forward on sensible cannabis law reform. The decrim measure garnered 54% of the vote. From Kansas.com:

The major provision of the ballot initiative was to reduce the punishment for a first-time marijuana conviction to a $50 fine. Violations would be an infraction that wouldn’t have to be disclosed on most job and college scholarship applications.

Rep. Gail Finney, D-Wichita, attended an Election Night party with the measure’s supporters and said she hopes the win in Wichita will send a message to the capital for the state to ease up on marijuana.

Finney, who has undergone chemotherapy for lupus, has for years pushed the Legislature for a bill allowing medical marijuana. So far, that bill has yet to advance out of a committee.

But she said she’s hopeful this year will bring action on two other bills – one that would reduce marijuana penalties to clear prison beds, and another that would allow seizure sufferers to be treated with hemp oil derived from marijuana.

I am very grateful for the efforts of the activists who fought for this local reform. These local victories, not only help their respective states, but also keep the momentum moving forward for marijuana law reform across the country. I know firsthand, and many other activists know even better than me, that gathering signatures and campaigning for marijuana law reform in the Midwest can be a daunting experience as the stigma still surrounding marijuana can still cause rifts with activists’ friends, family, colleagues and employers. Thank you Wichita, for continuing to demonstrate that ending cannabis prohibition is a mainstream political issue all across the country.