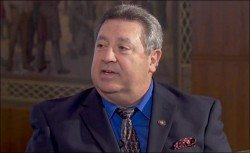 Determining which government agency should regulate marijuana is certainly an important choice for every state that legalizes cannabis. Colorado chose the state revenue department while Washington, Alaska and Oregon went with the respective states’ liquor control commissions. The Oregon Liquor Control Commission (OLCC) has undergone recent turmoil with the firing of their Director of Marijuana Programs, Tom Burns, often referred to as the state’s Marijuana Czar.

Just under a week after the firing of Burns, Oregon State Senator Ted Ferrioli (R-John Day) asked the Measure 91 Implementation Committee’s Administrator, Adam Crawford, whether any state had a stand-alone state “cannabis commission” regulating a state’s marijuana industry. Mr. Crawford stated that he was unaware of any cannabis-only regulatory body, but that he would research the matter. Senator Ferrioli, the Senate Republican Leader, then went on to state that, “notwithstanding the heroic efforts of the OLCC staff, my confidence in their ability to manage this program is rapidly diminishing.”

The conservative Republican went on to wonder if the state wasn’t missing an opportunity to utilize experienced cannabis industry participants. The senator’s statements caused quite a stir among the attendees of the hearing as well as among the members of the committee. One lobbyist was overheard stating that Ferrioli “just dropped a bomb.” It looks like controversial times may not be over for the OLCC. Those interested in the rollout of the Measure 91 legalization implementation, stay tuned to Marijuana Politics for updates.

Senator Ferrioli’s questions about the stand-along cannabis commission and his statement about his diminishing confidence in the OLCC start just after the 1:56 mark: