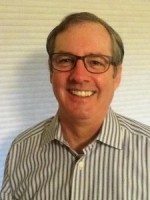 I have learned from an anonymous source with intimate details of the ouster of Tom Burns, the Oregon Liquor Control Commission’s Director of Marijuana Programs for the past three months, was partly due to an improper leak of a work-in-progress internal document that was being reviewed by OLCC staff. Tom Burns leaked the working document to Oregon attorney Amy Margolis who then shared the document with others. The release of the working document caused headaches for the OLCC and complicated the process of reaching a consensus on important issues regarding the regulation of marijuana in Oregon. Apparently, Burns lied about the leak and tried to cover his tracks.

It has been common knowledge among the marijuana community that Ms. Margolis and Mr. Burns were very close allies. Margolis, in addition to being an attorney, is the Director and founder of the Oregon Cannabis PAC, formerly knows as the Oregon Growers PAC. The PAC has hired lobbyist (and dispensary owner and grower) Geoff Sugerman as well as the firm State Street Solutions. It is unclear if the leaking of this document has any confidentiality or ethical concerns for Ms. Margolis and her PAC. While the OLCC is claiming that she has no culpability in the matter,  I am curious as to how the Oregon Ethics Commission or the Oregon State Bar will feel about Amy Margolis’ role if Burns told Margolis that it was a working policy document and she characterized it differently to whoever she showed the document to, for instance. Additionally, if reporters get a hold of his emails (as I imagine they will), will there be more damaging information released, for both Burns and Margolis?

The Oregon cannabis world, both stakeholders and politicians working on the issue, were left in shock over the firing of Tom Burns, who had become one of the most prominent Oregon state officials in recent months. First tasked with overseeing the implementation of state-licensed medical marijuana facilities by the Oregon Health Authority, Burns was a natural choice to lead the OLCC’s recreational marijuana program. Unfortunately for Mr. Burns, he apparently trusted Ms. Margolis to either not share the document or he thought that the leak couldn’t be traced back to him. There have been reports that Burns had clashed with OLCC Commissioner Rob Patridge, but the leak was apparently the final straw.

This will likely be a very big story in Oregon, not just for the marijuana angle, but for the state government transparency issue as the state is still recovering from the resignation of Governor John Kitzhaber and his alleged unethical behavior. It will be interesting to watch this story unfold. Check back to Marijuana Politics for more details as the story develops.