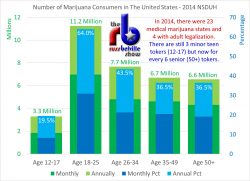 This is the third of a five-part post to tide you over for the Independence Day weekend. Enjoy Part I, where I explain Prof. Mark Kleiman’s fear of low legal marijuana prices and Part II where I debunk his fear of “cannabis use disorder”. – “R”R

Here’s Mark Kleiman’s ideal system for marijuana sales from a 2014 interview in the Washington Post regarding his company’s consultation on Washington State’s legal marijuana policies, which he also says he’d apply to alcohol if he could, but that “we lost that battle”:

“If you want to buy one of those commodities, you should sign up as a buyer, you should probably take some kind of minimal test like a driving test to make sure you know what you’re talking about and then you should be asked to set for yourself a purchase quote on, say, a monthly basis. How many joint-equivalents a month do you want to use? Give us a number. Every time you make a purchase, that purchase will be recorded against that quota. And if you bought as much this month as you said you wanted to be able to buy this month, the clerk will say ‘I’m sorry the order was refused.’ Just what happens when you go over your credit card limit. It’s the same principle.”

Just imagine trying to require adults to register with the state as drinkers, take a drinking awareness test, and then set for themselves a monthly quota of how many drinks they could purchase. And that a beer costs $20. That’s Mark Kleiman’s vision.

This idea of government centrally-planning an economy is something that should have gone out of vogue with the falling of the U.S.S.R. Kleiman is playing up this smear of capitalism to feed the bogeyman that is “Big Marijuana”; the notion that cannabis is going to become a predatory industry like alcohol and tobacco, lying about harms and seducing the children.

Yet both those industries show us exactly why commercialized marijuana with low taxation is preferable to the maintenance of artificially high marijuana prices.

In states like Washington, there have been excessive taxes placed on cigarettes than have led to an extensive black market. In New York, high taxes led to the death of Eric Garner, choked out by NYPD as they policed the area for sales of “loosies” – individual cigarettes sold to avoid high taxes. And we all remember the lessons of alcohol prohibition and its effect on gang violence.

Yes, alcohol and tobacco went too far in marketing to kids and denying health risks, and we addressed those problems with lawsuits and new laws. Why would we then let cannabis have free rein to do the same? Already the laws concerning cannabis advertising, marketing, and retailing are far more restrictive than those for alcohol and tobacco because we learned those lessons.

Furthermore, alcohol and tobacco had to lie about their harms and entice kids to use them because they are harmful and taste terrible. Adults don’t take up cigarettes because they cough and stink and peer pressure won’t convince them to stick with it. Yet despite both these products being legally sold through heavily commercialized markets, teen smoking and drinking are at their lowest recorded levels ever and adult smoking and drinking are declining.

Since 2002, the absolute number of teenage marijuana consumers has declined. As marijuana has become more medicalized and legalized, it’s the consumption among adults that has increased. Most notably, in the 2014 National Survey on Drug Use & Health we find a tripling in the number of people aged 50 and older who are consuming cannabis. 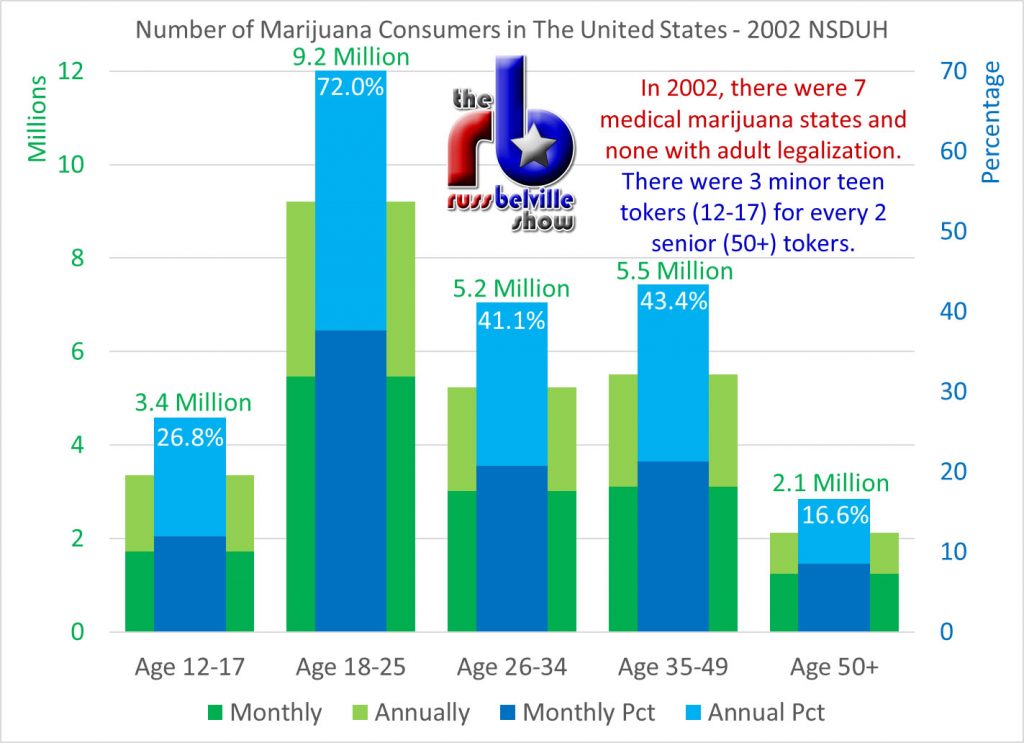 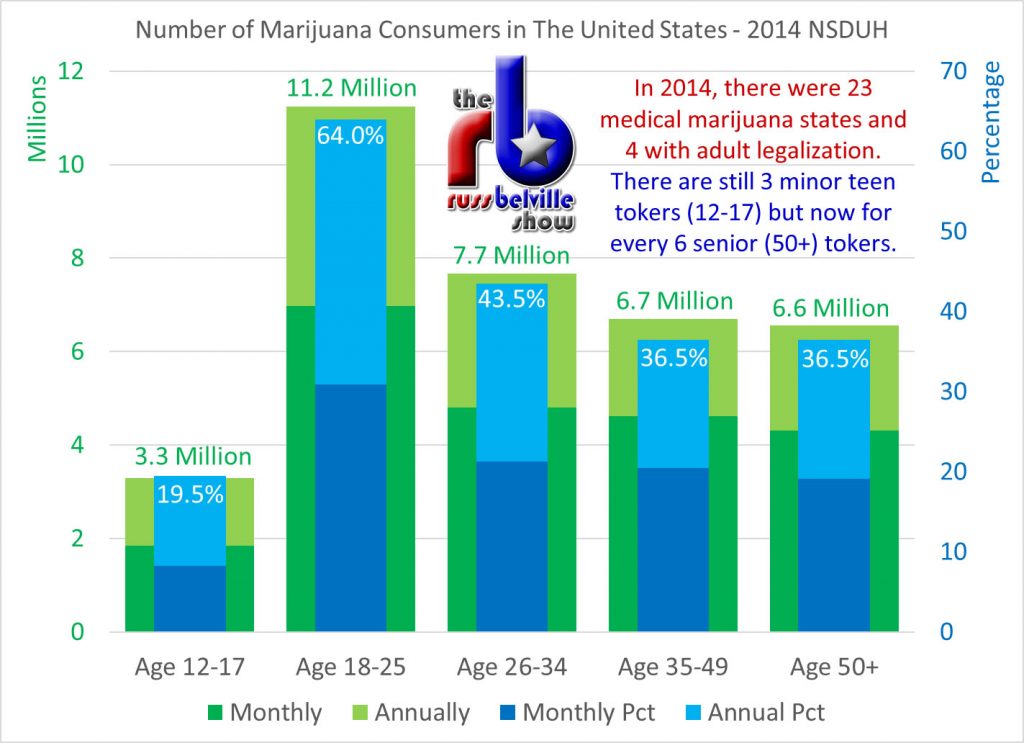 Join me tomorrow when I explain that even if some people have a problem with marijuana use, it is still worth it for our society to make weed as cheap and legal as possible.