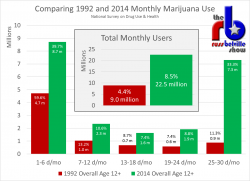 Mark A. R. Kleiman, a man whose first name is also his initials, is an esteemed public policy professor who thinks California’s Adult Use of Marijuana Act is a “horrible, awful, very bad, no-good drug policy” that is “Promoting cannabis use disorder in California”.

How’s that? Because legalization, California-style, he intones, would see prices “settle down at something below $1 per gram…” Yes, he means that like it’s a bad thing.

According to Kleiman, legal weed will be so cheap that people who like to smoke weed will smoke more of it more often. “In 1992, about 10% of people who reported using cannabis the past month reported having used it on 25 or more days that month,” Kleiman writes. “That number is up to 40%.”

I’m not sure where Kleiman got his numbers, so I went and looked them up for myself in the National Survey on Drug Use and Health. There’s a variable called MJDAY30A that tells us, in both raw numbers and by percentage, how many days in the past thirty days a monthly toker has used marijuana. 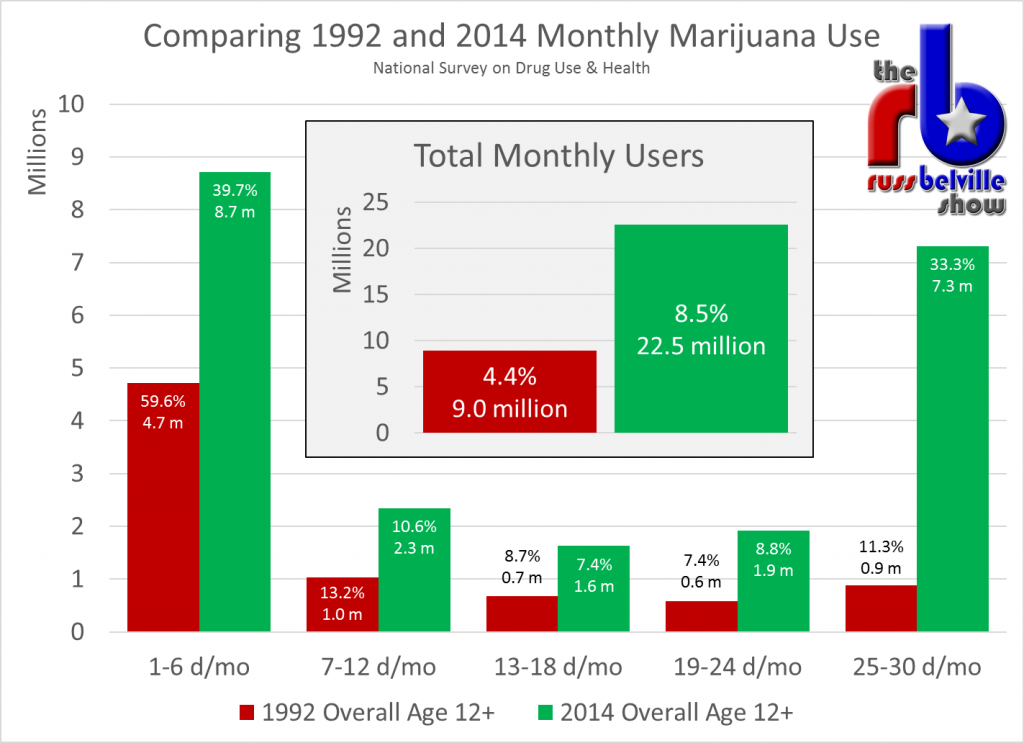 According to Kleiman, the result has been an increase in this “cannabis use disorder”, which to him apparently means “people using cannabis often”. “Of those daily/near-daily users, about half – by their own self-report – meet diagnostic criteria for cannabis use disorder,” he writes. “Just over 4 million residents of the U.S. currently report meeting those criteria.”

So legalization means more “cannabis use disorder”… what does that mean? Join me tomorrow as I show you how meaningless a diagnosis it is and why it’s a lousy reason to keep weed prices artificially high.

[i] The variable for overall monthly tokers is MRJMON and for reasons that escape me, its total of monthly tokers differs from the total you get adding up MJDAY30A.