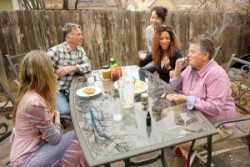 Marijuana legalization has garnered the endorsement of major figures and media outlets across the nation. Dr. Sanjay Gupta made headlines when he called for a “marijuana revolution” and The New York Times sent shockwaves across the media spectrum. The Oregonian endorsed the Measure 91 cannabis legalization measure, less than five years after opposing the Measure 74 medical marijuana measure. The Bulletin, covering Eastern Connecticut, is just the latest media outlet to call for an end to cannabis prohibition.

From The Bulletin Editorial Board:

It is time for the federal government to loosen pot prohibition and give states the freedom to enforce their own laws. For years, momentum has been building toward a paradigm shift in drug policy, and the evidence generally supports those who advocate a change.

Alcohol and tobacco are legal, controlled and taxed; each shares a pertinent characteristic with marijuana. Alcohol, like pot, alters the mind. And pot, like tobacco, impairs lung function and may lead to cancer and disease with extended use, according to the surgeon general.

None of this is to suggest that we want folks to go out and start smoking pot. We advise against it, just as we do smoking cigarettes and drinking to excess. Consistency is at the heart of the issue: If the federal government allows us to drink freely and puff away, as it does, what is the logic behind prohibiting a drug that is less addictive and less dangerous, and which likely has medicinal qualities, to boot?

The clear path forward is for the U.S. government is to repeal marijuana prohibition and leave the issue to the states. Outright legalization, while it would put criminals out of business and raise some revenue through taxation, still poses some problems as a matter of public policy.

While at first glance, The Bulletin’s endorsement may seem ho-hum when compared to The New York Times and considering all of the great advancements across the country. But The Bulletin has been publishing continuously since 1796 and these endorsements give people on the fence a reason to look into the issue more and can swing some crucial votes. And each and every vote is very important as we work to implement sane cannabis laws across our great nation.