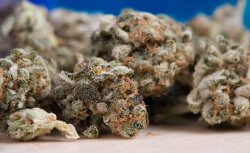 Just a couple of days ago, my colleague Anthony Johnson reported that for the second year in a row, the National Conference of State Legislatures has passed a resolution in support of fully removing cannabis from the list of Controlled Substances, essentially freeing the growing majority of states which have some form of legal cannabis, to provide consistent oversight and control of the US marijuana market.

Now, the National Hispanic Caucus of State Legislators (NHCSL) has put forth their own resolution related to cannabis. Specifically, the resolution calls for federal decriminalization, along with sealing of records for offenders whose actions would no longer be illicit, and addressing issues of youth access and cartel activities. The NHCSL cites the inherently racist roots of cannabis prohibition as a major influence in maintaining social inequality in Hispanic communities, and acknowledges the potential for elevating these communities under a legal system of regulation:

“…during the 1920’s and 1930’s, when it was first penalized in various states, cannabis use was portrayed as a cultural vice of Mexican immigrants to the United States, and racist and xenophobic politicians and government officials used cannabis prohibition specifically to target and criminalize Mexican-American culture and incarcerate Mexican-Americans and, therefore, the prohibition of cannabis is fundamentally rooted in discrimination against Hispanics.”

According to the NHCSL press release:

“‘Marijuana policy in this country has disproportionately targeted Latinos from the start. In fact, the term entered the national consciousness in 1937 when it was used by the federal government as part of an effort to discriminate against Latinos. Research shows that the benefits of legalizing cannabis range from taking advantage of its medicinal benefits, increasing tax revenues for health and education, to lowering crime while at the same time reducing disproportionate incarceration of minorities. NHCSL believes that our laws should focus on ending the current lawlessness of the black market and allow sound public policy based on scientific evidence to prevail on the issue of cannabis,’ NHCSL President and Pennsylvania State Representative Ángel Cruz said.”

“…Colorado State Representative Dan Pabón, the sponsor of the resolution, and who is also the Chair of NHCSL’s Task Force on Banking, Affordable Housing and Credit, said: ‘I am proud to stand with my fellow Latino legislators in taking a strong position in favor of common sense cannabis policy. In Colorado, we have successfully legalized cannabis and we have been able to reduce crime by 10.1%, increase revenues by more than $300 million that we dedicated to our schools, and have a new thriving industry that creates jobs. 29 states and the District of Columbia currently allow some form of legal cannabis because they recognize that it is one of the most effective ways of cracking down on the cartels and criminal activity fueled by the black market. Smart decriminalization and tough regulations also allow our youth to thrive instead of subjecting many of them to unfair and discriminatory treatment by law enforcement. This is a civil rights issue and we urge our fellow lawmakers to view it as such and act accordingly.’”

They say that a rising tide lifts all boats, and I believe no other political issue I have encountered in my life addresses that possibility more than the legalization of cannabis. Indeed, the side effects of the plant’s liberation is one of the primary reasons I have dedicated my life to changing the laws surrounding its use. Ending the egregious social injustice of cannabis criminality not only stands to benefit those who would be harmed by its illegal status, it also provides an opportunity for real entrepreneurship and job creation in communities most in need of an economic boost.

Kudos to the NHCSL for joining the fight! I look forward to more representatives from the Hispanic and other minority communities becoming part of the emerging cannabis market. If you are one of those individuals, I hope to see you at one of the upcoming International Cannabis Business Conferences, where businesses and individuals are coming together to create the future of the cannabis industry.

Events like the ICBC are so very important because they bring together experienced advocates and entrepreneurs together to network and learn from each other. With positive movement at the state, federal and global level, the momentum for cannabis legalization is only picking up steam.